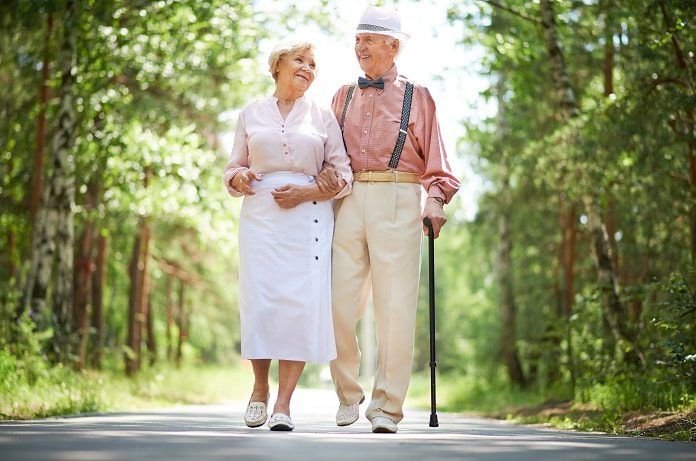 Diagnosis of mild-cognitive impairment (MCI) and, in many cases, the subsequent incident dementia in the elderly has proven to be difficult with current methods such as cerebrospinal fluid biomarker analysis. An article in JAMA Neurology discusses how a dual-task gait performance paradigm was used successfully as a diagnostic marker of progression to dementia in elderly individuals with MCI.

Aging takes a vastly different toll on the neural functions of some individuals compared to others. In many cases, slight but noticeable changes in cognitive ability manifest as the state known as mild-cognitive impairment (MCI). From a diagnosis of MCI, it is common for elderly individuals to progress into Alzheimer’s disease or another form of dementia. This progression is difficult to predict with just cognitive measurements, but in the past decade, research has shown that impairments of motor ability can be an accurate predictor as well. This correlation is believed to be so strong because of the numerous neural pathways that mediate both cognition and motor activity, specifically between the frontal and temporal lobes.

By taking advantage of this anatomical relationship, researchers designed a study that would test both gait and cognitive ability simultaneously. It was hypothesized that subjects with less cognitive capacity would show greater changes in their baseline gait and a higher likelihood of progression to dementia. A cohort of 112 elderly MCI subjects were evaluated biannually over 6 years and with two separate tasks. The first, the single-task gait trial, consisted of simply walking between two marked points on an electronic walkway that gathered data on both temporal and spatial gait patterns. The second, the double-task gait trial, required subjects to walk between the 2 points while performing a cognitive test. The cognitive tests were randomly assigned and consisted of either counting backwards from 100 by 1, counting backwards from 100 by 7, or naming animals.

Gait velocity and dual-task gait cost, which is essentially defined as a percent change between single-gait task and dual-gait task, were the main variables being measured. The ability of the single-gait task to predict progression to dementia was strong but not significant while the dual-gait task showed significant predictive power. Specifically, a high dual-task gait cost while counting backwards and naming animals was associated with a 3.8 times and 2.4 times more likely progression to dementia, respectively.

Future research would benefit from collecting data from less well-defined cohorts to determine how applicable dual-task gait testing could be in other populations. The cohort used in this study was a logical first step to measure the selected variables, however, other elderly populations will include criteria such as major depression, pre-existing motor deficits, and use of certain medications that were excluded from this study.

The data collected strongly complements previous research on the predictive power of motor impairments with dementia. Further, it shows that executive functions used for walking and for certain cognitive tasks are intimately intertwined in the pathophysiology of dementia. It also suggests a very promising method to more accurately predict the progression to dementia because of its simplicity, low cost, and minimal invasiveness. Future application of dual-task gait testing in clinical settings would allow physicians to more accurately screen, monitor, and recommend additional testing or imaging to patients at high risk of progression to dementia from MCI.