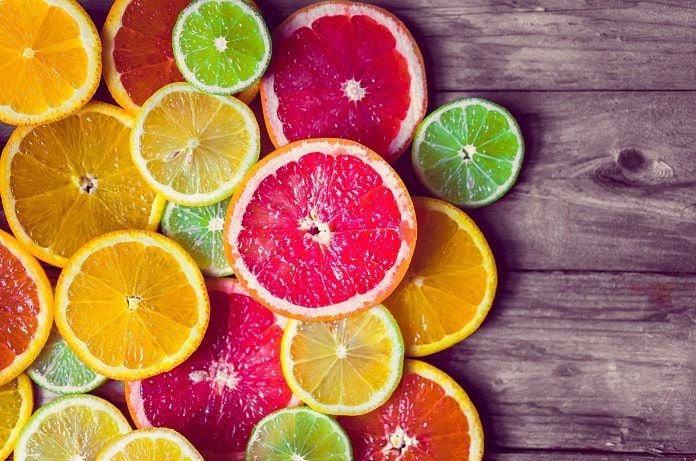 A cohort study in Japan investigated the relationship between eating citrus fruits and developing dementia later in life. The authors controlled for a number of confounding factors, and found that the consumption of citrus is linked with lower incidence of dementia.

Neurodegeneration leading to loss of cognitive function, generally referred to as dementia, is a problem that is increasingly affecting aging populations worldwide. The pathophysiological complexity of this disease means that medical science has yet to fully understand or develop treatments for dementia. As such, any preventative measures that could be used to reduce the risk and incidence of the disease are of the utmost importance. A cross-sectional study has previously reported that the consumption of citrus fruits is associated with better cognitive function. Citrus fruits contain compounds called flavonoids, which due to their chemical structure can cross the blood-brain barrier and deliver anti-inflammatory and anti-oxidant action, reversing and repairing some of the most common forms of cellular damage.

A team at the Tohoku University in Japan performed a statistical analysis using data collected in 2006 from the Ohsaki Cohort to look at the link between the consumption of citrus and the incidence of dementia. The original cohort study was comprised of men and women over the age of 65 living in the city of Ohsaki, Japan. A baseline survey was distributed, followed by a number of follow ups over the subsequent 5-7 years. After applying the exclusion criteria, the authors used responses from 13 373 people for their study.

The survey included a variety of questions about dietary and lifestyle habits, and responses related to the consumption of citrus were broadly classified into three groups: those consuming citrus less than 2 times per week, 3-4 times per week, and almost every day. They also characterized the baseline of other factors that may be related to dementia, such as psychological distress, motor function and cognitive function. The primary outcome was the onset of dementia as defined by the Japanese national social insurance.

The baseline values showed that subjects who consumed more citrus were majority female, more highly educated and overall have healthier lifestyle habits (related to exercise, smoking and alcohol consumption), whereas those that consumed less citrus had poorer dietary habits (such as a lack of vegetable, other fruit and protein consumption). The authors classified the group consuming citrus less than two times per day as the reference group, and found that in comparison, individuals from the other two groups were less likely to develop dementia. They used a statistical approach called multivariate analysis to test whether certain confounding factors (age, gender, weight, disease history, education, lifestyle habits, etc.) affected the correlations and found that for the most part they did not. They also looked at the possibility of reverse causality, both in terms of baseline health status and cognitive function. For example, was it possible that individuals with lower cognitive scores consumed less citrus? By looking at respondents with only high cognitive scores, the inverse relationship between citrus consumption and incident dementia did not change significantly.

The authors acknowledged several strengths and limitations of their study. Since it included many respondents with a high follow-up rate, the analysis was statistically robust. In addition, they considered a number of confounding factors in their analysis. However, this analysis was unable to assess the causes of dementia and mechanism of reduction via citrus consumption. Also, information regarding citrus consumption was collected only at baseline, meaning any respondents’ change in citrus eating habits over time could not be taken into account.

Overall, this first-of-its kind cohort study looking at the relationship between citrus consumption and dementia found that the consumption of citrus fruits is correlated with lower incidence of the disease. This supports biochemical data related to the action of flavonoids, and suggests that eating citrus can help prevent or delay the onset of dementia.