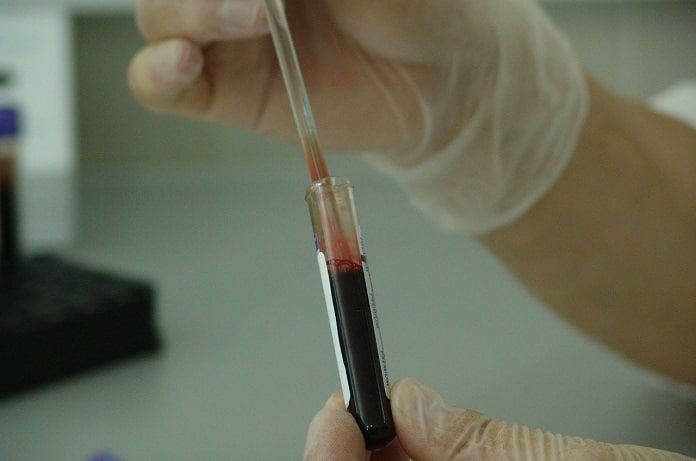 A group of researchers compared the biosimilar monoclonal antibody CT-P10 to the currently used rituximab in the treatment of follicular lymphoma.

Non-Hodgkin Lymphoma (NHL) is a blood cancer characterized by the aberrant growth and multiplication of white blood cells (lymphocytes). Cancerous lymphocytes can migrate to and from tumors in different parts of the body, including the lymph nodes, spleen, bone marrow, and other organs. The most common of type of NHL is Follicular Lymphoma (FL), which affects a subset of lymphocytes called B-cells.

Depending on the stage and severity of the cancer, follicular lymphoma can be treated in several ways, ranging from active surveillance to radiation and chemotherapy. One of the most common and successful treatment regimens for advanced stage follicular lymphoma is a combination of chemotherapy and the monoclonal antibody rituximab. Monoclonal antibodies, also called biologics, offer an intrinsically targeted approach in the battle against tumor progression. Antibodies are proteins produced naturally in our bodies in response to a foreign agent or infection. They contain a sequence which is highly specific for a particular epitope (binding site) on the target protein. Rituximab is a genetically engineered hybrid that is entirely specific for a particular protein found in follicular lymphoma tumors called CD20. When it binds to CD20 it promotes the depletion of B cells and the reduction of the cancerous mass.

Rituximab is often used in conjunction with a combination of chemotherapy drugs called CVP. It has shown significantly improved clinical responses in cases of advance disease (stage III-IV) and has led to increased survival rates for treated patients. However, the cost of using this treatment is not trivial and this can restrict access to it for a portion of the population. For this reason, there is growing interest in biosimilar treatments, which are essentially analogous biologics that, according to the FDA, show: “no clinically meaningful differences to the reference product in terms of safety, purity and potency.” Before any biosimilar can gain FDA approval and become a viable treatment option, it must endure a series of clinical trials to prove that it can achieve similar results without eliciting overly negative side-effects. There are usually several types of these studies and their ultimate goals are different. Two examples of these are equivalence of pharmacokinetics, in which specific tests are conducted to monitor the concentration of the drug in patients over time, and non-inferiority of efficacy, where researchers try to prove that the biosimilar is at least as effective as the reference in terms of a pre-defined set of criteria.

A team of researchers in Korea have published a paper in Lancet Haematology which compared a biosimilar called CT-P10 to rituximab. The study was divided into two parts. Part 1 was an equivalence of pharmacokinetics investigation while Part 2 sought to determine non-inferiority of efficacy.The 140 participants in the study were patients from 65 centers in multiple countries around the world, aged 18 years or older who had been diagnosed with advanced follicular lymphoma confirmed CD20-positive. They were randomly assigned to receive intravenous infusions of either CT-P10 or rituximab, and the study was double-blinded so that neither the patients nor the clinical professionals administering the medication had knowledge of the identity of the drug. Patients were given injections on the first day of eight 21 day cycles and were monitored and tested up to the end of the induction period (week 24).

The researchers used a number of criteria called endpoints as criteria to measure the results. For Part 1, these included mainly the average and maximum serum concentration of the drug.For Part 2 they looked at CT scans of tumors and assessed progression of the disease and total or partial response to treatment and to address safety concerns they monitored incidence and types of adverse events.

Using statistical analysis, the authors determined that the pharmacokinetics of CT-P10 and rituximab were equivalent. Mean serum concentrations, steady state values and B-cell kinetics were similar in the two groups. In terms of efficacy, the proportion of patients deemed to achieve an overall response was 97% in the CT-P10 treatment and 93% in the rituximab treatment. Therefore, there was no significant difference in this category. Unfortunately, 83% of patients in the CT-P10 group and 80% of patients in the rituximab group reported one or more adverse events, most often neutropenia (low levels of neutrophils, another type of white blood cell) and infusion-related reactions.

The main limitation of this study was that the follow up time (maximum of 24 weeks) was relatively short. However this research was intended to compare the two biologics during this induction period, and patients who showed a positive response were to continue receiving treatments up to a period of 2 years, allowing a longer-term assessment of CF-P10 in this on-going study.

Overall this study demonstrated equivalence of pharmacokinetics and non-inferiority of efficacy for CT-P10 as compared to rituximab in patients with late stage follicular lymphoma. It also determined that the safety and immunogenicity profiles were similar. This work has set the stage for longer-term research into CT-P10, and suggested that CT-P10 may be a viable alternative to rituximab for treatment.