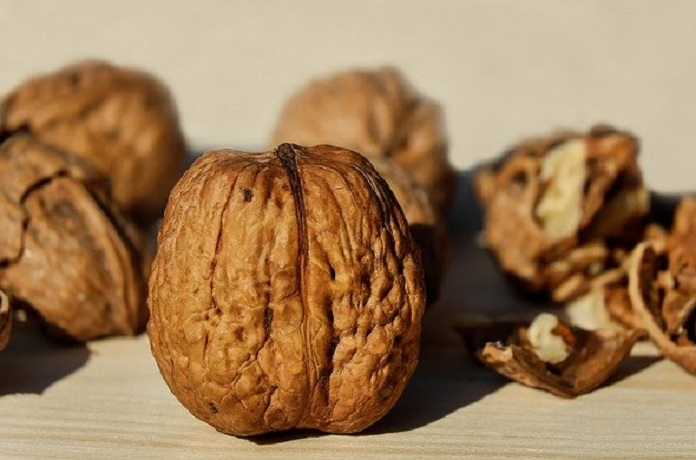 A new study explores whether a high-walnut diet can slow cognitive decline and preserve cognitive function in older adults.

Thanks to increases in global life expectancy, the global prevalence of dementia is on the rise. Despite this, modern medicine remains poorly equipped to deal with the condition. Treatments for dementia focus on slowing disease progression and relieving symptoms, rather than tackling the disease itself. Although research into how best to treat dementia continues, for the moment, the old adage that “prevention is better than cure” rings true.

As neurologists begin to understand more about the cellular mechanisms that lead to dementia, there is increasing focus on the role of oxidative stress. As a result, strategies for disease prevention have focused on dietary additions that might reduce oxidative stress. This led researchers in California and Barcelona to turn their attention to walnuts. The results of their two-year, randomised controlled trial on the impact of a walnut enriched diet on cognitive function were recently published in The American Journal of Clinical Nutrition (1).

To test the effect of walnuts, the researchers recruited 708 older people aged between 63 and 79 years and randomly assigned them to one of two groups. The intervention group received a diet in which walnuts made up 15% of the total calorie intake. The control group received a standard, walnut-free diet. A series of neurocognitive tests were carried out at the beginning of the study and again two years later at the study’s conclusion. Importantly, the clinicians and researchers carrying out these tests were unaware of which group each participant was assigned to.

Every two months throughout the study period, both control and intervention participants had scheduled consultations with dieticians from the study to ensure participants were correctly following instructions. In a subset of participants, MRI scans were also carried out at both the beginning and the end of the trial. The purpose of these scans was to examine the effects walnut consumption may have on brain structures.

A total of 636 participants completed the full two years of the study. In terms of the main outcome, no participant in either arm developed clinically significant cognitive impairment during the study. Although the control group demonstrated a very slightly larger reduction in global cognitive function over the course of the study, this difference was not statistically significant. Similarly, the walnut diet did not bring about any significant improvement in memory, language, or perception.

However, when examined by subgroup, the Barcelona participants did demonstrate significant differences in cognitive decline. The walnut group in Barcelona had statistically significant smaller reductions in global cognition scores. A similar result was observed when examining the MRI scans of the Barcelona subgroup. Although there were no significant structural changes observed between the control and intervention groups, there were functional differences. When performing a memory task, the control group in Barcelona required the recruitment of larger areas of the brain. Although both groups performed the tasks similarly well, the intervention group required less brain area to do so. This suggests that their brains may be performing more efficiently.

Unfortunately, the overall results of this study are largely inconclusive. In terms of the main outcome (cognitive function), there appears to be little or no benefit of a walnut-enriched diet. However, this result is not clear cut. It may be the case that a two-year follow-up period is not sufficient to observe any significant changes in cognitive function.  The fact that the Barcelona group displayed some benefit from walnut consumption whereas the California group did not warrants investigation. Is there something about the Barcelona group or their diet that facilitated the effects of walnuts?

Finally, the results of the MRI imaging, particularly in terms of performing memory tasks suggest that there are some benefits to walnut-enriched diets. It may be the case that the greater recruitment of neural networks to perform the same task (as seen in the control group) is a precursor to cognitive decline. There is certainly scope for further investigation of this observation in particular as it could serve as an early warning for dementia.