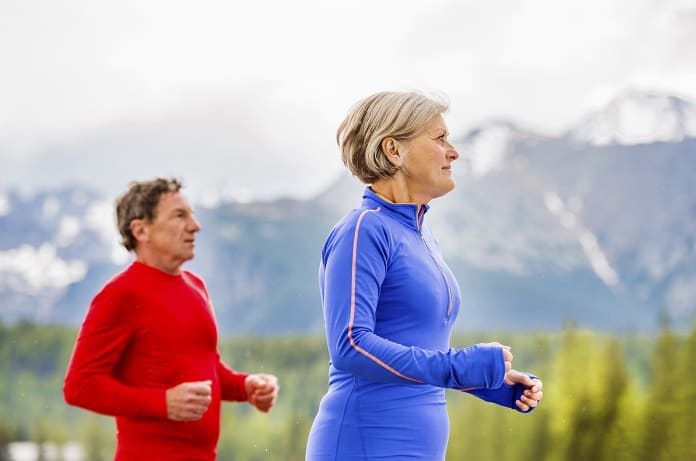 Researchers from East Carolina University performed a study using mice to look at the effects of exercise in reversing metabolic dysfunction in Alzheimer’s disease.

Alzheimer’s disease (AD) is a neurological degenerative condition that leads to cognitive decline and memory loss. Alzheimer’s disease is strongly associated with aging and it is believed that over time, specific misfolded proteins in the brain buildup and aggregate to cause these symptoms. Toxic misfolded proteins can form large plaques that are visible in a patient’s brain during an autopsy. Scientists think that this pathology begins in areas of the brain called the cortex, which enables a wide range of information processing such as sensory information and language processing, and the hippocampus, which serves as the center of short-term and long-term memory.

However, other effects of Alzheimer’s disease, such as metabolic changes, have not been as thoroughly characterized or explored. Previous studies have suggested that there are many similarities in the metabolic effects of Alzheimer’s disease and a disease such as Type 2 diabetes, such as inflammation and insulin resistance. In diabetes, those effects are primarily caused by high-fat diets and obesity, therefore efforts to reduce caloric intake and harness the effects of exercise have shown improvements for diabetes patients. Interestingly, researchers have tried to use these same approaches to slow down or counteract the progression of Alzheimer’s disease. Studies have looked at using the effects of exercise to help Alzheimer’s patients, and in some cases have seen success, but the underlying molecular mechanisms in this process are not well understood.

What are the Effects of Exercise on Mice with Alzheimer’s Disease?

In order to shed light on how diet and exercise could play a role in the treatment of Alzheimer’s, a team of researchers from East Carolina University in the United States used mice as a model organism to investigate metabolic changes and published their results in a recent issue of PLoS ONE. They used two main groups of mice: One group (called 3xtg) featured three genetic mutations that are associated with Alzheimer’s disease, and one group (called the control) was comprised of normal healthy mice. The 3xtg mice were further divided into a group which performed exercise, and a group which was sedentary during this time. The researchers performed a number of experiments on the mice over a 24-week period. This included measuring food intake, glucose metabolism, and the expression of specific genes.

The results indicated that in general, the Alzheimer’s disease model mice (3xtg) displayed an increase in oxygen consumption and food intake compared with the control mice, suggesting that metabolic discrepancies are present early in the progression of the disease, and could be the hallmark that appears before the formation of plaques. Control of metabolic function is regulated by a part of the brain called the hypothalamus, which links the central nervous system to the endocrine system (responsible for the release of hormones). As part of this study, the researchers sought to establish whether any changes were present the expression of key genes involved in the release of hormones related to metabolic function. They found that several of these genes showed reduced expression in the 3xtg mice. They confirmed this by using imaging to look at the population of proteins associated with those genes and found that they were reduced as well, providing biochemical evidence of molecular metabolic dysfunction related to Alzheimer’s disease. In contrast, genes related to inflammation and cell death showed increased expression.

When the researchers analyzed the data of 3xtg mice that had been allowed to exercise, they found that several of these effects were reversed. Some of the genes showing reduced expression in the non-exercise group now showed elevated expression levels, and the effects related to inflammation and cell death were mitigated as well. Overall, short-term and long-term exercise seemed to induce a protective effect on the degeneration of key nerve cells related to metabolism. This data strongly suggests that a regime of exercise can contribute to positive outcomes at a molecular level for Alzheimer’s disease patients before the onset of cognitive decline.

While the effects of exercise helped stabilize some aspects of metabolic dysfunction, other remained unaffected or the results were difficult to interpret. There are likely a host of other mechanisms at play which remains to be further explored. However, this study represents an important contribution to our understanding of the biochemical processes related to metabolism that occur in Alzheimer’s disease.