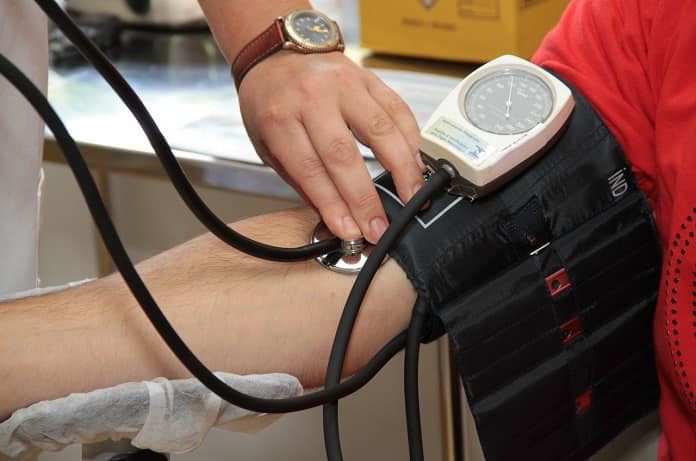 A recent study investigated whether magnesium supplementation could potentially lower blood pressure in patients with preclinical or noncommunicable diseases. Essentially, researchers asked: what is the relationship between magnesium and blood pressure?

It has been suggested that hypertension, or high blood pressure (BP), can be reduced by taking magnesium supplementation. Some preclinical health conditions such as prediabetes and insulin resistance and noncommunicable chronic diseases such as type 2 diabetes are established risk factors for high blood pressure. Previous clinical studies in the general population have shown magnesium supplementation results in a modest reduction in BP. Given that even a modest reduction in BP has been shown in numerous studies to reduce the risk of coronary heart disease and stroke, further analysis of the association between magnesium supplementation and BP would clearly be of significance to patients with preclinical or noncommunicable chronic diseases (diseases which have a long duration and typically a slow progression such as cancer, cardiovascular diseases, and diabetes).

As previous reviews analysing randomised controlled trials in the general population have shown inconsistent findings, Dibaba and colleagues published a meta-analysis in The American Journal of Clinical Nutrition, which analysed the effect magnesium supplementation onBP in preclinical or noncommunicable chronic diseases.

Overall, the results from the eleven trials indicated participants who received the magnesium supplementation showed a significant reduction in both SBP and DBP in individuals with pre-diabetes or other chronic diseases when compared to the control group.These findings are mostly consistent with previous trials conducted in the general population.However, previous meta-analyses combined participants with or without underlying preclinical health conditions or chronic diseases, which could be a contributing factor to differences seen in the results as participants with underlying metabolic disease may react differently to magnesium compared to those without.

The short duration of the original trials, the limited number of participants with cardiovascular diseases, and the lack of trials with patients who had cancer or renal diseases are just a few of the limitations noted by the authors of this review.