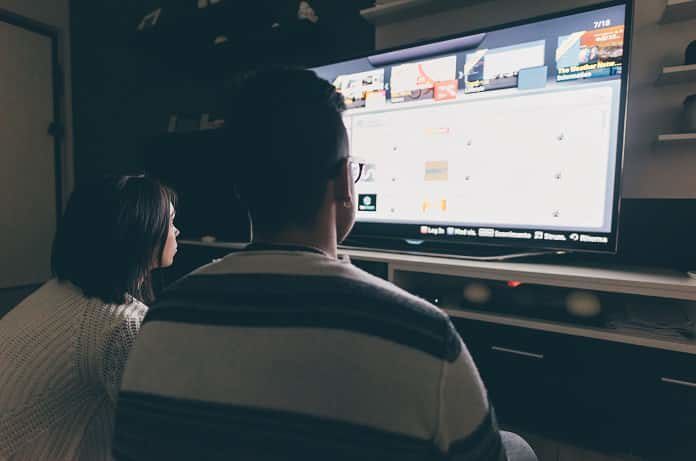 In a world where television, the internet and video games are teeming with violence, it becomes ever more important to understand its impact on levels of aggression in our society.  Scientists summarize the latest data on the effects of exposure to violence in the media in this comprehensive review and make predictions regarding the direction of future research.

Media is becoming an ever-increasing part of our everyday lives, including the lives of our youngest children. Televisions and video games have only grown in popularity since their invention, and with the current ubiquitous nature of the internet, children and adults alike are experiencing unprecedented levels of exposure to violence.

Researchers in Denmark took a close look at the research in its entirety and summarized it in an editorial-style review published in Current Opinion in Psychology. They found that research is ongoing and that scientists around the world are examining the complexities of the connection between violence in the media and real-world aggression.

Cross-sectional studies examine the relationship between a condition (violence in the media) and a variable (aggression) at a single point in time, or over a short period of time. These types of studies have overwhelmingly pointed to a link between exposure to violence in the media and aggression. For example, a recent survey of more than 5000 American children and their parents found that even after controlling for mental health and exposure to real-world violence, violent television, video game, and music consumption were all still associated with children’s aggressive behavior. This effect has been demonstrated with cross-sectional studies in many other countries and cultures as well, including Belgium, Mexico, and South Korea. Even in regions of the world experiencing considerable turmoil, the effects of violence in the media have been reported; a survey of elementary school children in Beirut, Lebanon, found that violent media consumption was associated with pro-violence attitudes above and beyond the impact of real-world violence exposure.

More recent cross-sectional studies have begun to examine the impact of exposure to violence in the media on cognitive and neurophysiological effects as well.  One study, for example, found that violent gamers were faster and more accurate at responding to fearful facial expression but slower and less accurate at responding to other facial expressions, such as disgust than non-gamers, or players of non-violent games. In another study, habitual players of violent games showed less fMRI activity in emotion centers of the brain when playing a violent game than did habitual players of non-violent games. Studies such as these are now looking to establish not whether violence in the media increases aggression, but how.

While cross-sectional studies are limited in that they can only provide evidence of a link between a condition and a variable, experimental studies are powerful in that they can demonstrate whether the condition actually causes the variable. Experimental studies have demonstrated, with certainty, a causal link between violence in the media and aggression.Early studies demonstrated that children who were shown a violent film displayed more aggression in later play than those who watched a non-violent film.  Another study showed that participants who played a violent video game behaved more aggressively and reported more violent thoughts than participants who had played an equally exciting, but non-violent video game.

Researchers are now examining whether personality or other factors influence the impact of violence in the media on participants’ aggression levels. There have been studies, for example, demonstrating that factors such as player-level traits (experience, natural competitiveness, etc.), game level variables (gaming controls, etc.), and game-play experience variables (level of immersion and enjoyment etc.) can impact the extent to which violence in the media affects post-exposure aggression levels.

Other studies have demonstrated that playing violent video games cooperatively with other participants leads to the same level of post-game aggression that is found with playing a non-violent video game.  These types of studies indicate that violence in the media has a complex and nuanced role in aggression.

Other studies are examining the effects of more specific types of violent content. For example, one study demonstrated that exposure to relationally aggressive media content led to increased relational aggression, but not to physical aggression. Other effects as well have been noted; a recent German study of 600 adolescents found that exposure to violent video games at the start of the study led to reduced interpersonal trust at the end of the study. These types of studies may be pointing towards a mechanism for increased aggression

A meta-analysis is a statistical procedure for combining data from multiple studies, and can be a powerful tool to determine the overall effect of a condition and to address inconsistencies in research.  Multiple meta-analyses have shown small to medium effect sizes of exposure to violence in the media on aggression.

Limitations of the Research

Although the data has been fairly consistent, not every study has shown the effect of violence in the media on aggression. Studies have suggested there may be a reverse causality at play; for example, a German study found evidence that aggressive individuals exposed themselves voluntarily to more violence in the media. Another meta-analytic study found that there was a link between violence in the media and aggression, but it was much weaker than previously reported when other factors such as gender, personality and family-related variables were accounted for.

Over the years, multitudes of research studies from cross-sectional to longitudinal, experimental to meta-analytic have demonstrated that there is a link between exposure to violence in the media and subsequent aggression.Scientists are currently moving research in the direction of examining the nuances of how and why this phenomenon exists.What are the psychological and physiological effects of violent media exposure? What factors influence the impact of violence in the media? How is this effect impacted by gender roles, family structures and types of violence? These questions and more are the future of this field of research.