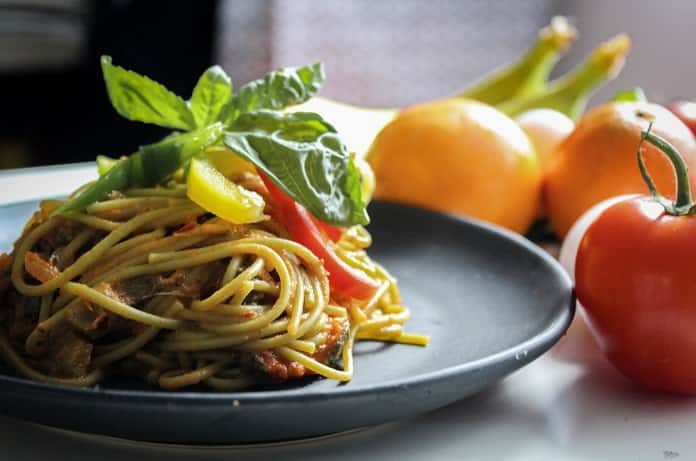 A group of researchers investigated whether or not a person’s “consideration of future consequences” was a factor in their propensity to purchase organic food.

Sales of organic foods have been increasing in recent years. While there are many reasons for this increase, the psychological factor has rarely been studied.  With this in mind, a group of researchers in France investigated the impact of Consideration of Future Consequences (CFC) on organic food purchases.  CFC is a measure of the extent to which people consider the potential future consequences of their current behavior.  The higher a person’s CFC, the more they will allow potential future consequences to guide their current actions.

The researchers used data that originated from the NutriNet-Santé Study in France.  The NutriNet-Santé Study is designed to examine, among other things, the relationship between nutrition and eating behavior.  This study has been ongoing since May 2009.  The participants in the study are 18 years of age or older, from the general French population, who filled out web-based questionnaires to describe such factors as their diet, physical activity, health, socioeconomic status, and lifestyle.

The Consideration of Future Consequence was measured by using the results of the French language version of the CFC-12 questionnaire, taken from June to November 2014.  This questionnaire comprised a 12-item self-report, and the participants were asked questions to determine whether they had an immediate or distant sense, temporary, of the consequences of their current behaviour.

In total, 27,634 participants completed all three questionnaires (NutriNet-Santé, CFC-12, and Org-FFQ). It was these participants whose results the researchers studied.  The results were recently published in the Nutrition Journal.

However, while this study showed that future-oriented individuals were more likely to be organic food consumers, the associations varied by the type of organic food studied. For example, the greatest associations were found with starchy refined foods, fruits and vegetables, and non-alcoholic beverages. In contrast, no association was found for seafood, meat, poultry and processed meat, dairy products and meat substitutes.

Some limitations were noted by the study authors. For example, the NutriNet-Santé Study, being focused on nutrition, may have recruited individuals with a higher-than-average interest in nutrition issues, which could have over-predicted the national proportion of organic food consumers as a whole. As well, with all data being from self-reporting questionnaires, some measurement errors were possible.

Knowing that psychology, specifically the consideration of future consequences, can positively influence the consumption of organic food. Programs aimed at increasing the intake of organics should take this factor into account.  An application of this would be in the communication of healthy eating habits by public health services.