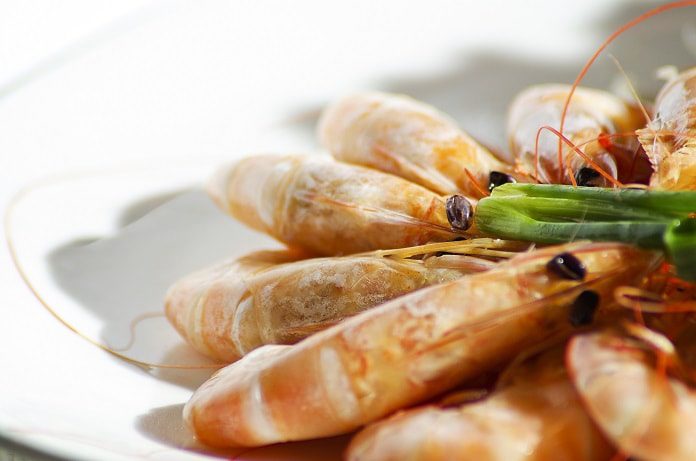 Arsenic is known to affect thyroid activity, leading to increased levels of thyroid stimulating hormone (TSH). Since TSH is an important hormone for normal metabolism, a recent study investigated whether arsenic in seafood affects thyroid activity.

Thyroid stimulating hormone (TSH) is a hormone released from the pituitary gland. It stimulates the thyroid to capture iodine from the blood needed to produce enzymes that are crucial for maintaining a healthy metabolism. However, a number of studies have shown that increased arsenic consumption can lead to disrupted function of the thyroid and interrupt normal metabolism. In fact, the World Health Organization considers arsenic as one of the ten major public health concerns. In this recent study published in the Journal of Trace Elements in Medicine and Biology, the authors question the role of arsenic rich foods and how they may contribute to interrupted thyroid function. This study focused on seafood, as it has some of the highest arsenic content.

The study included 38 healthy men and women between the ages of 20 and 40 years who were selected to consume 150g of salmon, cod, or blue mussels for 14 days. A control group ate 150g of potatoes instead. Before and after this eating regimen, the subjects had blood samples taken in order to measure arsenic, iodine and selenium (all chemicals that are indicative of thyroid activity). Included in the blood analysis were the enzymes that reflect the exact levels of thyroid activity, to fully showcase the effects of arsenic consumption.

Initial analysis showed that cod had the highest level of arsenic, followed by blue mussels and then salmon. After 14 days of seafood consumption, there was a 20-60% rise in arsenic levels across subjects. Contrary to the known levels of arsenic, fatty fish like salmon caused the highest hike in arsenic levels, while a cod diet showed less arsenic, like because arsenic is stored in the liver rather than fat. Accordingly, increased arsenic in plasma did, in fact, cause hikes in thyroid activity as well as TSH levels. However, the exact repercussions for eating arsenic from sources like seafood are not yet fully understood.