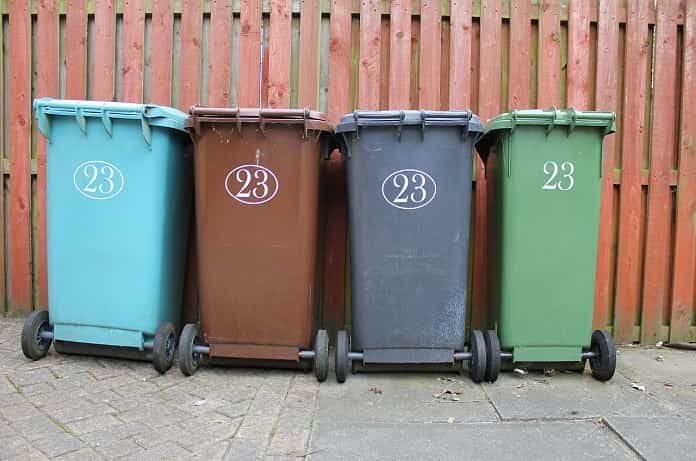 Researchers sought to estimate the magnitude of nutrient loss due to food waste in the US food supply and quantified substantial caloric losses, fiber losses, and micronutrient losses.

Food waste is an issue in North America, both in terms of product losses and economic losses, as well as loss of the nutrient content found in the wasted food.  In the US between 31% and 40% of all food produced is wasted.  Few research efforts aimed at quantifying wasted food have focused on examining the nutrient loss from wasted food, most which have examined loss in terms of nutritional value have primarily focused on quantifying calories lost. Studies have produced estimates of 1249 kcal per person per day in assessing food loss at the retail-and-consumer level to 1400 kcal per day in estimating food loss and waste across the US supply chain. Focusing primarily on the caloric value of wasted food may lead to overrepresentation of calorie-dense foods, without accounting for other nutrients which are wasted. Vegetable, fruits, seafood and dairy products are nutrient-dense foods which are wasted at disproportionately high rates and this may, in turn, influence the micronutrient supply. Spiker and colleagues sought to fill the current knowledge gap by estimating the magnitude of nutrient loss in the US food supply, on a per capita per day basis for the year 2012. Their research was published in the Journal of the Academy of Nutrition and Dietetics.

Losses in the Retail and Consumer Levels

Spiker and colleagues focused primarily on losses at the retail and consumer levels. They used two USDA data sources: the Loss-Adjusted Food Availability (LAFA) data series was used to estimate food availability and loss, and the National Nutrient Database For Standard Reference, Release 28 (SR-28) was used to obtain the nutrient composition data for each commodity listed in the LAFA data series. The LAFA data contains estimates for the availability of 213 food items (in pounds per capita per year) plus annual percentages of food loss at the primary, retail, and consumer levels for the years 1974-2012. Researchers used estimates from the year 2012 and excluded nonedible foods from their analysis. Foods in the LAFA data series were matched to representative foods in the SR-28 database and nutrient composition was obtained for a standardized 100-g unit of food. The annual per capita waste at the retail and consumer levels was calculated for each of the items in the LAFA data set, then the amount of each nutrient present in this amount of waste. Calculated amounts were then summed by nutrient to estimate nutrient loss per capita per year resulting from the waste of all 213 food items.

The authors examined nutrient loss relative to recommended intakes, gaps between recommended and average current intakes, and estimates of the amount of food that is potentially recoverable. To calculate gaps in dietary intakes, they used current average nutrient intakes, obtained from What We Eat in America (the dietary interview component of the NHANES 2011-2012 survey) which reflects the typical dietary intakes for adults 20 years of age and older.

The results were striking. They found that, in 2012, the amount of food discarded at retail and consumer levels was enough to provide 2,000 kcal per day to 84% of the U.S adult population. Food losses contained an average of 1217 kcal, 146 gram of carbohydrates, 33 grams of protein, 57 grams of total fat, 5.9 grams of dietary fibre, 286 milligrams of calcium, 880 milligrams of potassium, and 1.7 micrograms of vitamin D per capita per day. In terms of food groups, retail and consumer-level waste of meat, poultry, and fish accounted for 50% of the total loss of vitamin B12, a 47% loss of zinc, 46% loss of protein, 42% loss of niacin, 46% loss of B-6, and 40% loss of cholesterol.  As much as 63% of the loss of vitamin E across the food supply was due to waste of added oils and fats. Loss of calcium was mainly due to waste of diary, and vegetables to a lesser extent, while vitamin D was primarily lost in the form of dairy products. The amount of dietary fiber in discarded food was enough to fill the gap between actual and recommended intake for 206.6 million women or 103.9 million men. Fiber was primarily lost in the form of grains, vegetables, and fruit.  Inadequate fiber intake is associated with chronic disease and the Academy of Nutrition and Dietetics recommends consumption of fiber in its food form versus dietary supplements. Perishable foods (such as fruits and vegetables) have a high loss rate. Losses were estimated to be higher at the consumer level versus the retail level for all nutrients included in the study, except for polyunsaturated fat and vitamin K.

The authors indicate that their analysis is subject to the limitations of the primary data sources they used.  The limitations of the LAFA data series include underlying loss assumptions which may not reflect changes across time and a lack of more recent estimates of wholesale and retail loss, meaning that fresh fruit and vegetable losses may be higher than indicated. Another limitation is the challenges in estimating nutrient loss due the variability of nutrient composition within and across food categories and across cultivars. Additionally, food may lose nutritional value as it deteriorates. A third limitation is the calculations which where based on the analysis by the ReFED (Rethink Food Waste through Economics and Data) group, whose estimates of food recovery potential were based on the entire supply chain, creating a challenge for comparison to estimates of nutrient loss at the retail and consumer levels only.

The significant amount of nutrient loss observed at the consumer level points to a need for consumer-targeted interventions, such as standardized date labelling and consumer education, both considered cost-effective options by the ReFED group. In the UK, a combination of interventions including policy, retailers and behaviour change communication contributed to reductions in household food waste. Retail and restaurant strategies can also contribute to reductions in food waste. For instance, the use of food packages or portion sizes targeted to consumption patterns and nutrition needs and improved prediction of consumer demand. Cultural shifts may also contribute to reductions in food waste; challenging current notions surrounding aesthetically perfect produce (i.e. offering them at discounted prices) and having food in abundance versus it being acceptable to have food shortages in the home or retail outlets. Ultimately, from a food waste perspective, a better way of reducing nutrient loss due to food waste is to determine the best way to match production to consumer demand and minimize surplus and waste in the first place, versus finding alternate uses for wasted food.