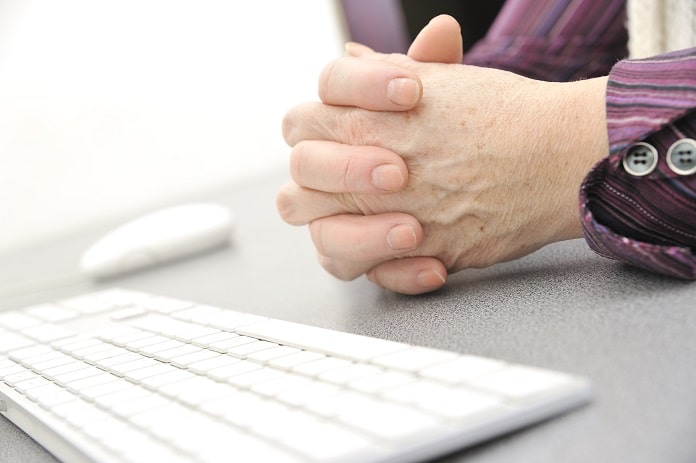 What is Rheumatoid Arthritis?

Rheumatoid arthritis (RA) is the most common form of inflammatory arthritis. It is an autoimmune condition that is associated with inflammation of the joints. The inflammation occurs when the body’s immune system inappropriately attacks the lining of affected joints.

The joints most commonly affected by rheumatoid arthritis include the wrists, fingers, shoulders, knees, and elbows.

How is Rheumatoid Arthritis Diagnosed?

A rheumatologist can diagnose rheumatoid arthritis with a series of tests. A blood test may be used to identify antibodies and other molecules present in the blood that may be involved in the inflammatory process.  which may include blood tests, x-rays and ultrasounds. Imaging techniques such as x-rays, MRI, and ultrasound can be useful in diagnosing RA, but can also be used to determine the severity of the disease, and can also be used to track disease progression.

Based on your diagnosis, your doctor will prescribe medications to help treat your RA. Your doctor will also consider the possibility of pregnancy, other medical conditions, or other medications you are taking – these factors may make some medications dangerous or inappropriate. Medications for rheumatoid arthritis are prescribed with the aim of reducing joint pain and swelling, preventing disease progression, and maintaining patient quality of life.

Non-steroidal anti-inflammatory drugs (NSAIDs) can be used as a treatment for rheumatoid arthritis, specifically aimed at targeting inflammation. These drugs do not prevent disease progression, however, they can be useful in treating the pain associated with joint inflammation.

NSAIDs work by blocking the production of molecules that promote inflammation. Some common side effects of NSAIDs include heartburn, stomach ulcers, headache, dizziness, high blood pressure, ringing in the ears, or allergic reactions.

Non-biologic DMARDs each work in different ways, however, the outcome is typically the same – inhibiting inflammation.

Non-biologic DMARDs such as methotrexate are the first choice to treat patients with active rheumatoid arthritis. If methotrexate is ineffective, not-well tolerated, or cannot be taken by the patient for other reasons, then other commonly used DMARDs include hydroxychloroquine or leflunomide.

In some cases, a combination of two DMARDs may be prescribed. However, this can also increase the side-effects of taking these medications.

Methotrexate is a drug that was developed as chemotherapy to treat cancer. It works by inhibiting and reducing inflammation and associated joint damage. Methotrexate is available as either a pill or an injection. Some of the most common side effects noted with methotrexate include mouth sores, nausea, headache, fatigue, and impaired liver function.

However, leflunomide use may not be suitable for those with pre-existing lung conditions, due to the increased risk of pulmonary disease reported by some studies.

Hydroxychloroquine (Plaquenil) is a drug that was initially developed as a treatment for malaria. This drug can also reduce the pain and swelling associated with RA, however, the exact mechanism of action is unknown.

Mild side-effects that can occur with this medication include nausea and diarrhea. While serious side-effects are uncommon, these can include anemia and changes to vision.

Although some evidence suggests that it is not as effective as methotrexate, a recent study suggests that hydroxychloroquine could be considered in conjunction with another medication as part of a combination treatment for rheumatoid arthritis.

Sulfasalazine (Azulfidine) works to block inflammation by inhibiting the production of prostaglandins, which are involved in the inflammatory process.

Clinical trials have demonstrated the effectiveness of sulfasalazine on joint swelling and pain in patients with rheumatoid arthritis.

Biologic DMARDs refer to biologic agents, for example, antibodies that target inflammatory response molecules. They act to block the chain of events that lead to inflammation in the joints, causing symptoms of RA. Biologic DMARDs are not typically prescribed in combination due to increased side effects.

In cases where non-biologic DMARDs are not effective, your doctor may prescribe a biologic DMARD, such as TNF inhibitors. TNF inhibitors work by inhibiting tumor necrosis factor (TNF) – this is a molecule that is involved in arthritic inflammation. By blocking this molecule, it is possible to block inflammation, improve movement, and reduce pain.

Clinical trials have demonstrated significant improvements in patients with rheumatoid arthritis, including those for whom other DMARDs have not been successful. These improvements include increased physical functioning, improvements in quality of life, and reductions in the risk of joint damage.

Some examples of TNF-inhibitors include:

Adalimumab (Humira) – Adalimumab is an IgG1 antibody that is given via subcutaneous injections. This drug acts by attaching to TNF-alpha and stopping its interaction with its cell-surface receptors.

Clinical trials have reported significant effectiveness of adalimumab in patients with RA, with improvements in functioning in addition to slowing the progression of the disease. Combining adalimumab with methotrexate has demonstrated even greater effects than either drug given as a single therapy.

Etanercept (Enbrel) – acts by attaching to TNF and thereby inhibiting TNF from binding to its cell receptors, blocking its activity. Etanercept has been used to treat RA either on its own or in combination with methotrexate, demonstrating clinical effectiveness similar to adalimumab.

As their names suggest, these drugs act to inhibit the signalling of interleukin-6 (IL-6) and its receptor. IL-6 signalling plays a significant role in inflammation and pain associated with RA.

Serious side-effects of these drugs can include serious infections or perforation in the stomach or intestines, or liver damage.

Sarilumab (Kevzara) is an antibody that binds to and blocks the IL-6 receptor molecule. Clinical studies have demonstrated efficacy with sarilumab, reporting greater effects than with adalimumab treatment.

Abatacept (Orencia) may be prescribed in cases where TNF inhibitors are not effective. This drug inhibits the cross-talk between immune cells and therefore reduces the inflammatory response. Also an injection, this treatment can have side-effects that may include increased risk of infection. Patients treated with abatacept have shown improvements in joint pain and disease activity.

Anakinra (Kineret) – Interleukin-1 (IL-1) is a cytokine that is involved in inflammation, including that associated with RA. The IL-1 receptor antagonist anakinra blocks the signalling of this molecule. Common side effects of this drug include injection site redness, itching, and rash. Severe side effects can include low white blood cell counts and the risk of serious infection.

In a subset of patients with rheumatoid arthritis, remission is a possibility. This can also depend on other factors such as age at onset, patient age, and the length of time the patient has had the disease. If remission is achieved, medications can be altered and patients can be monitored to ensure that the disease remains stable.

If remission is not achieved, joint replacement can be an option if there is severe joint damage that occurs.

Weinblatt ME. Methotrexate in rheumatoid arthritis: a quarter century of development. Trans Am Clin Climatol Assoc. 2013;124:16‐25.