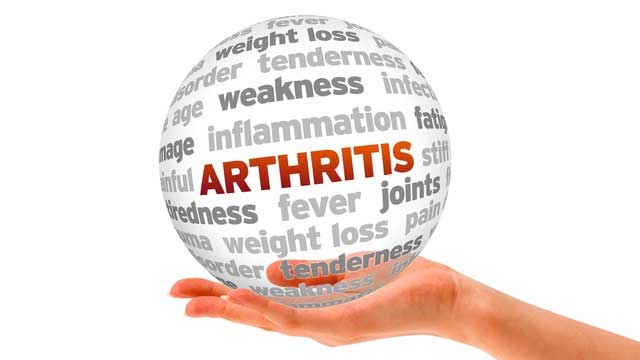 What is Degenerative Arthritis?

In your joints, there is connective tissue called cartilage. Cartilage is both firm and flexible. During movement, stress to the joints (pressure and shock) is absorbed by cartilage.

Degenerative arthritis (DA) (or osteoarthritis) happens mainly because of aging. Damage to joints happens due to repetitive use of joints over the years. Cartilage begins to be composed more of water than of protein, and degeneration occurs.

DA is caused by the normal breakdown of cartilage over time. The cartilage is normally slick and slippery and allows joints to move almost without friction. The surface of cartilage becomes rough in DA. If the cartilage is completely worn away, bones will rub together. If joints become infected or are injured, DA can be worsened.

Compared to inflammatory arthritis (see Inflammatory Arthritis article), DA develops with age, and is thus more common in people who are aged 65 and older. Symptoms may be worse in the morning.

There are some factors that increase the chances of getting DA, including:

Your reported symptoms, a physical examination, and imaging techniques for bones and cartilage, including X-ray, CT and MRI scans, are used by physicians to diagnose DA.

Early diagnosis and accuracy of the diagnosis is important for successful treatment and for the prevention of permanent joint damage and disability.

Treatment is used to reduce pain and prevent further damage to joints. Joint function can also be improved by treatment.

Exercises, including aquatic therapy, can be used to strengthen muscles that surround affected joints, improving the range of motion. For DA in the knees and lumbar spine, stationary biking is a helpful exercise. Physical and occupational therapists also provide ways to complete daily activities that lessen the impact on affected joints at home and at work.

Diet does not generally play a large role in causing arthritis or making it worse. Some dietary supplements, such as omega-3 fatty acids, glucosamine, and curcumin, have been reported to have relieving, anti-inflammatory effects.

Those with arthritis who also suffer from celiac disease can also experience worse joint pain if they consume foods containing gluten.

Most types of arthritis have an inherited component, and therefore cannot be prevented. Arthritis caused by joint injury can be prevented by being vigilant about safety in all activities at home and work. The prevention of infections causing arthritis is another strategy.