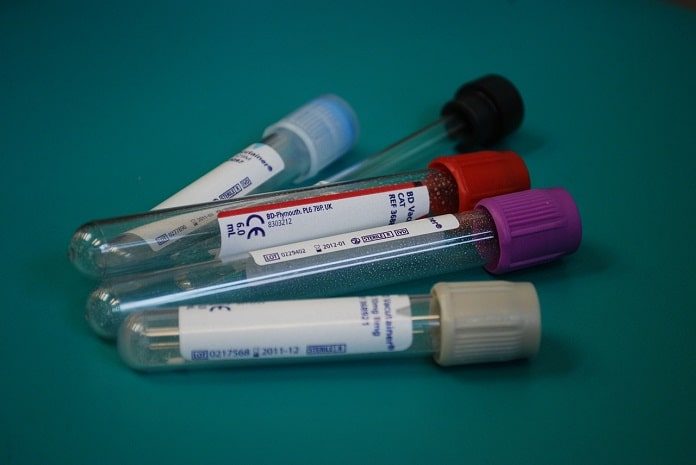 Researchers in the United States have potentially developed a fibromyalgia blood test to accurately diagnose the disease.

An estimated 4 million adults in the United States have fibromyalgia, with women four-to-nine times more likely than men to be diagnosed. Fibromyalgia is a chronic condition that causes widespread pain throughout the body. People with fibromyalgia may also suffer from increased sensitivity to pain, fatigue, depression and muscle stiffness.

Fibromyalgia can occur after a traumatic event such as surgery, a physical trauma or significant psychological stress. It can also occur gradually over time with no single event triggering the onset. This contributes to the difficulties of diagnosing the disease and challenges in treating it as well. There is no cure for fibromyalgia.

Treatment includes a variety of medications, including antidepressants and opioids (strong and addictive pain killers) which can help control symptoms. Lifestyle interventions such as relaxation, stress-reduction, and exercise can also help. There is evidence that opioids often cause fibromyalgia to get worse rather than helping patients to feel better. With approximately 40% of patients in pain clinics on opioids who meet the criteria for fibromyalgia, this is of concern.

Three in four people with fibromyalgia are misdiagnosed

Researchers at The Ohio State University in the United States recently conducted a study with the aim of developing a rapid biomarker-based method to diagnose fibromyalgia. They used vibrational spectroscopy to differentiate patients with fibromyalgia from patients with related diseases including rheumatoid arthritis, osteoarthritis and systemic lupus erythematosus based on metabolites found to be associated with each disease. Their findings were published in the Journal of Biological Chemistry.

The study included 50 participants who had been diagnosed with fibromyalgia, 29 with rheumatoid arthritis, 19 with osteoarthritis and 23 with lupus. Blood samples from each participant was analyzed using vibrational spectroscopy. This technique measures the energy level of molecules in a sample.

The results showed that the blind analysis of every participant whose disease status was unknown by the researchers was accurately determined based upon the molecular signature observed in their blood samples. There were clear patterns that consistently set blood samples from fibromyalgia patients apart from the other diseases. The researchers found evidence that this technique could also potentially determine the severity of fibromyalgia for each patient.

Given the reproducibility of the metabolic patterns observed, this study brings scientists a step closer to developing a fibromyalgia blood test for the fast and simple diagnosis of the disease. As described by the researchers, this “metabolic fingerprint” of fibromyalgia could also help with the development and discovery of targeted treatments.

Researchers aim to have the blood test available within five years

This is an exciting turning point for the care of fibromyalgia patients. It has the potential to help with disease recognition by confirming that a patient’s symptoms are real, ruling out other diseases, and helping guide doctors to provide the appropriate treatment. This is important since there are still some skeptics of fibromyalgia,  although most physicians do not question its existence.

Large-scale clinical trials are required to validate these results and show the research is replicable in a more diverse population. The goal of the researchers is to have this test available for use within five years. Rapid diagnosis using a fibromyalgia blood test could mean a better quality of life for people living with this chronic disease.