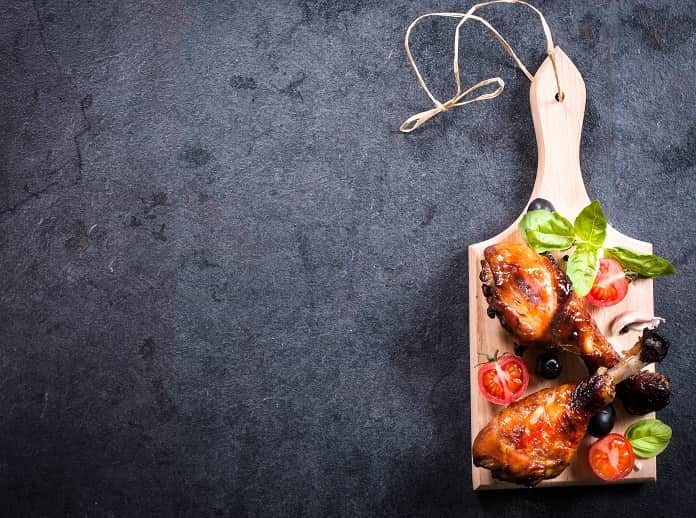 A new study investigates whether the paleo diet could be doing more harm than good by putting you at risk of heart disease.

The paleo diet is often promoted to be beneficial to gut health. The diet is based on the consumption of meats, egg, fish, nuts, vegetables, and fruits while avoiding dairy, grains, and processed foods. However, the heavy consumption of animal-based proteins in the paleo diet may increase the concentrations of trimethylamine-N-oxide (TMAO), a compound found in the gut that is associated with cardiovascular disease. Although short-term studies have not shown a difference in TMAO concentrations with a paleo diet, long-term studies have not yet evaluated the impact of dietary patterns on TMAO concentrations and heart health.

In a study published in the European Journal of Nutrition, researchers in Australia investigated the potential long-term health impacts of a paleo diet, specifically on the risk of heart disease. The study included participants between 18 and 70 years old who self-reported as adhering to a paleo diet for at least one year. Participants were asked to complete three-day weighted records as well as provide blood, urine, and stool samples for analysis. Participants following a paleo diet were further divided into the Strict Paleolithic group (consumed less than 1 serving of grains and dairy per day) or the Pseudo-Paleolithic group (consumed more than 1 serving of grains and dairy per day). A third comparison group, the control group, consisted of participants who ate a relatively healthy diet that included grains and dairy.

The lack of whole grains in a paleo diet, which are an essential source of resistance starch and fermentable fibres that are important for gut health, is suggested to be the reason for the increased TMAO levels. The composition of gut bacteria with vegetable intake and whole grains favoured a more beneficial environment that promoted health benefits whereas gut bacteria composition associated with higher fat intake, was the opposite and more harmful to health. Further, diets higher in fat content are linked to obesity, which is known to increase the risk of heart disease.