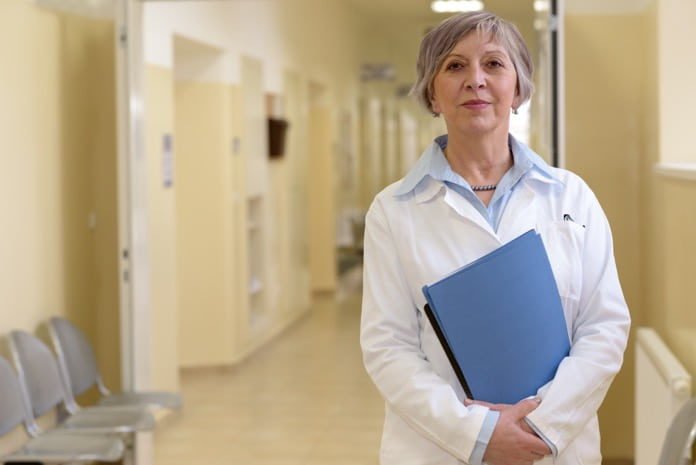 Endometrial adenocarcinomas, malignant tumours of the uterus, are divided into two types. Type 1 is mediated by hormones and is common in obese women who produce excess estrogen. It is considered as low-grade and is usually confined to the uterus at the time of diagnosis. Type 2 is not dependent on estrogen and often occurs in older, leaner women. Uterine carcinosarcomas are the more aggressive type and account for less than 5% of all uterine cancers.

To date, there are only two FDA-approved drugs for endometrial cancer treatment, raising concern for the need of new therapies for advanced, recurrent, and metastatic endometrial cancers. A review recently published in Gynecologic Oncology Research and Practice investigates a few of these treatments.

Most women who require endometrial cancer treatment are diagnosed at an early stage with 95% of women surviving at five years post-diagnosis. Women diagnosed at later stages or with a recurrence of the disease have a far poorer outcome and only an estimated 17% survive at five years post-diagnosis. Other risk factors for endometrial cancer include the multiplicative growth of the endometrial cells, use of the drug tamoxifen, family history, hyper insulin states, and reproductive factors such as early menarche/late menopause and polycystic ovarian syndrome. Current endometrial cancer treatment for advanced disease is associated with significant toxicity and has limited efficacy. New therapies have been suggested, and Makker and colleagues explore them further in this study.

Doublet chemotherapy is considered a first-line treatment for advanced endometrial cancer. In a study of 396 patients having stage III or IV endometrial cancer, researchers compared the five-year survival rate by randomizing participants to either treatment with doxorubicin-cisplatin chemotherapy, or radiation of the abdomen. The results showed that those treated with chemotherapy had a significantly improved five-year survival rate (55%) than those treated with radiation (42%), however, chemotherapy was associated with greater toxicity effects.

In recent chemotherapy trials in the advanced/recurrent disease setting, studies have not shown outcome improvements over the single-drug chemotherapy treatments. When comparing ixabepilone to paclitaxel or doxorubicin, ixabepilone was not shown to improve overall survival and the study was discontinued.

Drugs that target the hormone receptors in women have been studied as an endometrial cancer treatment, and megestrol acetate was approved over 40 years ago for the palliative treatment of recurrent, metastatic breast and endometrial cancers.

There is currently an ongoing study of the endometrial cancer treatment mirvetuximab soravtansine.

Bevacizumab therapy is a proposed treatment against vascular endothelial growth factor receptors in endometrial cancers and multiple trials have demonstrated that it improves the progression-free survival, which is the length of time during and after treatment of a disease that a patient lives with the disease, but it doesn’t get worse. Similar drugs such as thalidomide and aflibercept have been investigated but they have shown only limited efficacy.

The Federal Drug Administration has recently approved pembrolizumab for treating patients with unresectable or metastatic solid tumours, including endometrial cancers. Multiple monotherapy trials and immunotherapy trials in combination with paclitaxel and carboplatin are planned and currently ongoing.

There is a need for more clinically proven therapies considering the rise in endometrial cancer cases and deaths from the disease. There has been a severe decline in enrolment in clinical trials due to decreased federal funding. However, it is imperative to design clinical trials that will advance cancer care and improve the outcomes of women in need of advanced endometrial cancer treatment.