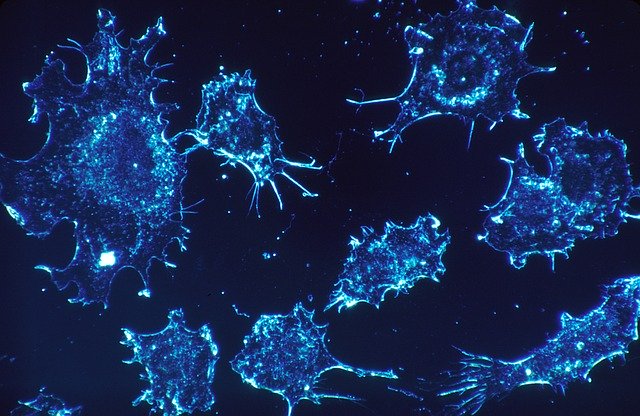 Immunotherapy is a type of treatment that uses substances to re-stimulate the immune response, which leads to the development of immune checkpoint blocking antibodies. This form of treatment can overcome the tumour microenvironment’s inhibition of T cells. Despite its success with most patients, the immunotherapy did not work for everybody. As a result, a group of researchers decided to focus their attention on identifying the mechanisms behind cancer-induced inflammation as a potential target for future novel immunotherapy.

Tumour-associated B-cells can be divided into six different types

Different types of tumour-associated B cells were identified in various sections of melanoma infected tissue. The cells were all located primarily within the margins of the tumour. Their presence indicated that melanoma cells and tumour associated B cells had no direct communication with each other to function.

Human melanoma protein secretions can induce something referred to as “Nuclear Factor Kappa B activation” in tumour associated B cells.

The lack of direct communication between melanoma cells and tumour associated B cells indicate that contact is primarily through ‘soluble’ factors. After gene and protein analysis, an up-reguation of pathways associated with inflammation and immunity was shown. One of the most significantly affected pathways is the tumour necrosis factor (TNF), signalled via the Nuclear Factor Kappa B factor. This aided in B cell activation for inflammation and immune response. Simply put, melanoma cells were communicating with B cells through soluble factors by inducing a signalling pattern that in turn, activated inflammation and immune responses.

By manually extracting specific genes from a small sample size, it was discovered that B cell types express similar functional signatures for key immunological functions. Overall, the tumour associated B cells were shown to be able to regulate inflammation and shape the cellular composition of melanoma in the tumour microenvironment.

This study revealed that tumour associated B cells are essential to sustain inflammatory tumour microenvironments through mechanisms unique to subpopulations of cells produced from the tumour associated B cells. Previous B cell data was controversial and limited options to immune checkpoint blocking antibodies – an option that did not work for everybody. More careful evaluation is required, but this information may guide the development of new targeting strategies for future cancer immunotherapy.