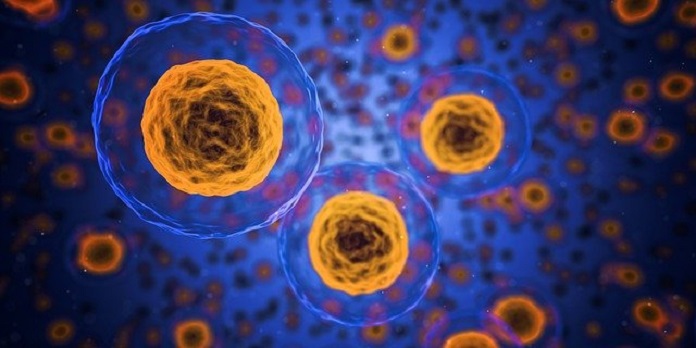 The immune system works when a foreign particle – antigen – enters our body, launching a cascade response of immune cells.

When B cells recognize antigens, they produce antibodies specific to the antigen. These antibodies attach to their complementary antigen, signaling white blood cells to “eat” the antibody-antigen compound.

If B cells aren’t fast enough and antigens have proceeded to infect  cells in the body, then T cells become crucial. The infected cells will deposit antigen proteins on their cell surface, which are recognized by T cells. Killer T cells are then able to attack the infected cell.

Cancer is the uncontrolled growth of the body’s own cells, which can be caused by gene mutations. How does immunotherapy work for cancer treatment?

CAR-T cell therapy involves extracting T cells from a cancer patient. The DNA of these cells are altered in the lab to produce surface receptors called chimeric antigen receptors (CAR) that recognize a protein commonly found on the surface of tumour cells. These CAR-T cells are then reinjected into the patient and are able to engage in a targeted attack on cancerous cells.

Three CAR-T cell therapies have been approved by the FDA to treat certain types of blood cancers including leukemia and lymphoma.1 One of the notable side effects include immune system over-activation; researchers are currently studying ways to reduce this response.

TIL therapy is very similar to CAR-T cell therapy, however the extracted T cells are not genetically modified. Doctors extract T cells that are local to the tumour, grow them in a lab, and then reinject them into the patient. This therapy provides an amplified immune response.

TIL therapy has been approved for metastatic melanoma.1

One immune checkpoint exists between a receptor on T cells called PD-1 that attaches to a PD-L1 protein on human cells. When PD-1 binds to PD-L1, the T cell is blocked from killing the cell, and this is essential to protect a healthy cell from being destroyed. However, when body’s cells become cancerous, antibodies against PD-1 or PD-L1 (anti-PD-1 or anti-PD-L1) can be used to block this interaction and allow for the T cell to attack cancer cells. These antibodies are produced in relatively large amounts in the lab and then reinjected into the patient. This process is known as the production of monoclonal antibodies.

A 2018 study looked at metastatic melanoma patients treated with an anti-PD-1therapy called pembrolizumab. Of the 665 patients treated for a median length of six months, 105 patients achieved a “complete response”, where there was no more detectable cancer.2 Of these 105, the disease-free rate two years post-treatment was 90.9%.2

Are certain immune checkpoint inhibitors better than others?

Some health professionals have suggested combining multiple checkpoint inhibitors. A research group found that when metastatic melanoma patients were treated with both nivolumab (anti-PD-1) and ipilimumab, the overall survival rate was 58% after three years versus 34% in those treated with only ipilimumab.4 These results suggest delayed progression of cancer symptoms in patients, and an enhanced delay when used in combination.

Immune checkpoint modulators have been approved for 50 cancer types including breast, liver, lung, and stomach.5 Currently, there have been six anti-PD-1 or anti-PD-L1 drugs and one anti-CTLA-4 drug approved for use.6 More research needs to be done to further understand how immune checkpoints can be manipulated for immunotherapy.

Cancer vaccines are another method that may help treat cancer. There are two vaccines available currently: T-VEC used to treat melanoma, and sipuleucel-T.

Sipuleucel-T was approved in 2010 for late-stage prostate cancer patients after showing promise in clinical trials.7 This vaccine manipulates the patient’s dendritic cells, which are immune cells that help facilitate T cell attack of cancer cells. To make this vaccine, dendritic cell precursors are extracted and combined with a protein common to prostate cancer cells. The resulting cells are injected into the patient to enhance immune response. A 2019 study evaluated 336 patients with metastatic castrate-resistant prostate cancer treated with sipuleucel-T. The survival rate was found to be 79% at 36 months, suggesting that the vaccine could delay disease progression.8

Aside from cancer, how does immunotherapy work when the immune system is not functioning correctly?

Patients with autoimmune disease have an immune system that is inappropriately activated and attacks healthy cells. Immunotherapy can be used to downregulate this mis-directed immune response.

One autoimmune disease of concern is type I diabetes, where the immune system attacks insulin-producing cells called islet cells. One study looked at patients who received an islet cell transplant and also received monoclonal antibodies that blocked immune checkpoints. The immunotherapy was associated with a five-year insulin independence in these patients, suggesting that the islet cells were no longer being attacked as often as prior to immunotherapy.9

Immunotherapy can be used to treat non-food allergies in the form of allergen shots. These shots contain small amounts of the allergen (what you’re allergic to) which provokes the immune system to build up antibodies to it. Initial treatment includes shots that are usually administered one to two times per week for three to six months, and they contain increasing amount of allergen.11 Then the frequency of treatment slows, allowing the body to learn how to defend itself without continued treatment. The treatment schedule will vary depending on the allergen and severity of the allergy.

This treatment has shown improved symptoms in those with allergic asthma, insect sting allergies, eye allergy, and allergic rhinitis.11 It has also been shown to prevent the progression of rhinitis to asthma.

The future of immunotherapy

With immunotherapy displaying promising results for cancers and autoimmune diseases, more research is being done to expand the applications of immunotherapy. One type of cancer that has not seen effective treatment with CAR-T cell therapy is solid-tumour cancers.12 Mismatch repair proficient colorectal cancer also has it responded well to immune checkpoint inhibitors in the past, and there is currently a phase I/II clinical trial to test a combination therapy that showed promising results.13 Research is also being done to minimize side effects seen in cancer patients who receive organ transplants and experience transplant rejection.14

If you have a health condition that would benefit from one of the types of immunotherapy, speak with your doctor to decide if it is right for you. 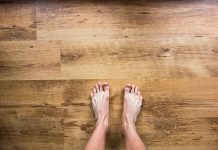 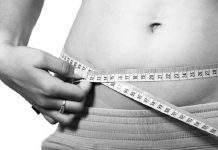