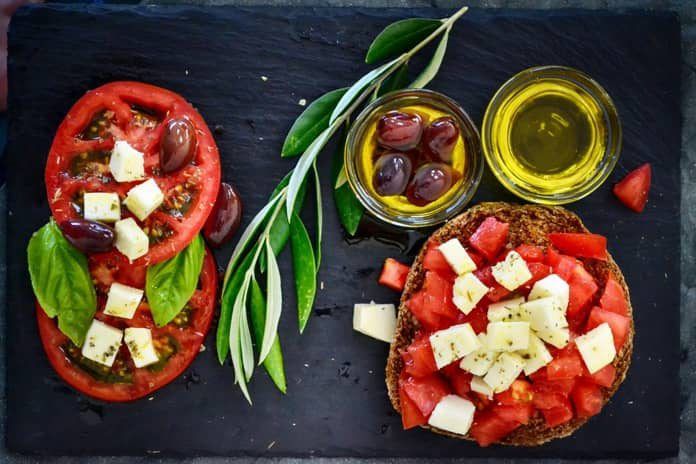 A recent study compared the effects of two Mediterranean-style diets and a low-fat diet on heart disease prevention in high-risk individuals.

Heart disease refers to a group of conditions resulting from narrowed or blocked blood vessels due to a build-up of fatty deposits on their inside walls. It includes conditions such as heart attack and stroke. Several factors can increase the chance of developing heart disease, such as smoking, physical inactivity, being overweight or having type 2 diabetes.

Healthy lifestyle choices can help heart disease prevention, including eating a “heart-healthy” diet. Studies have observed that eating a Mediterranean-style diet is linked to a lower risk of heart disease. People living around the Mediterranean usually have a diet rich in olive oil, fruit, nuts, vegetables and whole grain cereals, a moderate intake of fish and poultry and a low intake of dairy products, red meat, processed meats and sweets. They also drink wine in moderation with meals.

A Spanish study compared two Mediterranean-style diets with a low-fat diet in people at high risk of heart disease. The results of the study were published in 2013, but following concerns about some of the study methods, the researchers re-analyzed their data. The revised report was recently published in The New England Journal of Medicine.

Between 2003 and 2009, the researchers recruited 7,447 people at several centers in Spain to take part in the study. The participants were between 55 to 80 years old, and had at least three major risk factors for heart disease, although they had no heart disease upon entering the study.

They were randomly assigned to one of three diet groups: Mediterranean diet with extra-virgin olive oil supplementation, Mediterranean diet with nut supplementation, or low-fat diet (control group). All participants received educational sessions from nutritionists on how to follow their assigned diet, with regular support sessions throughout the study to check how well they were keeping to the diet.

The researchers followed the participants for an average of 4.8 years and checked for the occurrence of any major heart disease-related events such as heart attack, stroke or death from a cardiovascular cause. They compared the heart disease outcomes in the three diet groups.

The researchers concluded that the incidence of major cardiovascular events over a five-year period was lower in participants who followed a Mediterranean diet supplemented with either extra-virgin olive oil or nuts than in those who followed a low-fat diet. Although there has been some debate about the methods and findings of this study, it does add support to the view that a Mediterranean-style diet is beneficial for heart disease prevention.