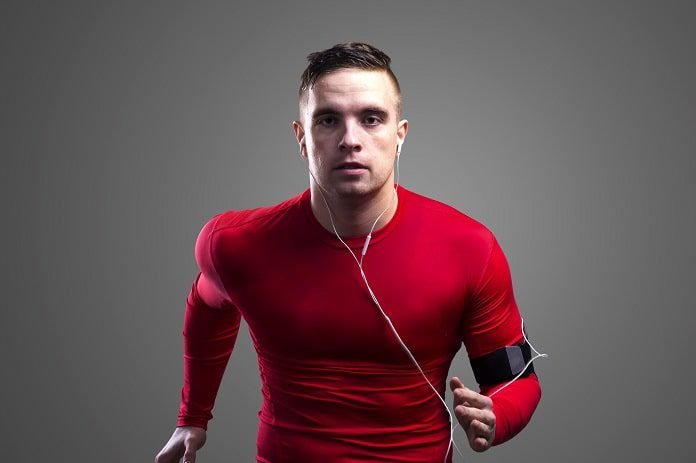 A recent study determined how to increase stamina for exercise by using music and investigated its effects on brain activity.

There are many ways to increase one’s workout intensity and focus. Some people choose to exercise only at certain times of the day as part of their routine, while others elect to workout with a partner to help keep them attentive to the tasks at hand. Playing music as a stimulus has always been a popular choice in exercise and sport-related tasks, but it has not been until recently that the brain’s reaction to musical effects has been investigated.

Researchers in the U.K. wanted to delve further into this brain-body network to understand how to increase stamina for exercise for potential health gains. They used MRI scans to study different brain regions’ responses to musical stimuli played during isometric exercises.

They selected 19 healthy participants for this study, of which 7 were females and 12 were males with an average age of 24 years old. Each participant was placed in an MRI scanner and directed to perform an isometric squeeze on a silicone grip ring for a specific set of time. Alternating sets of squeezing for 10 seconds and resting for 10 seconds were performed for 30 repetitions. Music was played randomly for participants to mitigate any influence of anticipation that music was going to help perform the exercise. Marvin Gaye’s performance of “I Heard It Through the Grapevine” was selected for its consistent length during trials as well as it’s 119 beats per minute to evoke positive responses in the brain.

Immediately following the grip squeeze and an MRI scan, the researchers asked participants to respond to a psychologically scaled questionnaire that measured their attention to the task at hand. They also measured limb discomfort and overall exertion and compared these to actual muscle exertion during the exercises. Personal responses from the participants indicated that “[the exercise] was much quicker with music…” and “[the exercise was definitively much easier with music.” These were small but relevant examples that researchers hoped to back up with the data they gathered.

The results of this experiment were published in The International Journal of Psychophysiology and the analysis could potentially show how to increase stamina for exercise. Based on the MRI scans of brain activity during music and non-music exercise trials, the results only partially support the original questions researchers started with: can music influence complex body mechanisms of attention and fatigue?

It turns out that in some ways, music does offer a sort of psychological buffer to discomfort related to exercise and can affect the perception of task-unrelated information, rather, all the external noises and distractions that would break one’s focus. Extensive brain-region scans are well documented as the authors note, but they found particular areas of the brain activated that they did not expect.

More research on this is needed for a better understanding outside of this study, as well as expanding on other limitations such as the music chosen not having the same responses across participants, as everyone likes different music, or taking into account that participants normally listen to music when engaging in physical activity.

Even as more carefully structured studies are underway, the researchers are confident in stating that music has a great influence on keeping a focus on the task at hand and can provide somewhat of a pain shield against discomfort as it relates to exercise. They further hypothesize that, through future experimentation, ambient music could further activate the brain regions associated with awareness and focus and might be manipulated in a way to brush aside temporary limb discomfort to bolster motor performance in the body.

Does Edema During the Menstrual Cycle Affect Athletic Performance?