A recent meta-analysis examines whether the heart health claims associated with soy protein should be revoked.

That’d be a pretty handy way of boosting the sale of onions, right? So what’s stopping onion producers making such an outlandish claim? In the United States, you can thank the Food and Drug Administration (FDA) that you’re not bombarded with far-fetched health claims as you wander up and down the grocery aisle.

In order for any food product marketed in the U.S. to make a claim that it reduces the risk of disease or any other health-related condition, the FDA must first authorize such a claim. In 1999, the FDA reviewed the evidence and determined eating soy protein could reduce the risk of coronary heart disease by reducing cholesterol.

However, a study recently published in the Journal of the American Heart Association pooling the results from 46 trials examining whether soy protein reduces cholesterol levels argues that soy protein should retain its coveted status (2).

The research team took 46 trials selected by the FDA and performed a cumulative meta-analysis. They adding the results of each study one-by-one to the total body of evidence to examine what change, if any, there was in the overall evidence over time. By combining data from studies selected by the FDA, the research team demonstrated that a diet high in soy protein reduces total cholesterol. More importantly, they also showed that it reduced the “bad” LDL cholesterol by between 4.2 mg/dL and 6.7 mg/dL.

Although these reductions are modest, the meta-analysis demonstrated that they were clearly statistically significant. Whether this will be enough to convince the FDA, remains in question, however. Assuming you’re not suffering from high blood pressure, there are a number of reasons that would suggest taking the conclusions of this study with a pinch of salt.

Firstly, systematic reviews are used as the gold standard of evidence compilation as they aim to combine all of the available evidence. As the study authors note, this meta-analysis is not a systematic review. It does not claim to use all available evidence. Instead, it uses as its starting point, 46 studies selected by the FDA. The potential remains that this meta-analysis paints an incomplete picture.

Secondly, whilst the observed lipid-lowering effect is statistically significant, it may not be clinically significant. Reductions in cholesterol are usually expressed as a percentage reduction. The American Heart Association recommends optimal LDL cholesterol levels should be at or below 100mg/dL (3). If we take a patient who is right on this 100mg/dL border, a reduction of between 4.2 mg/dL and 6.7 mg/dL (as demonstrated in this meta-analysis) would translate to a reduction of between 4.2% and 6.7%.

For comparison, a Cochrane Review of lipid-lowering effects of atorvastatin found that a daily dose of Atorvastatin 10mg (the usual starting dose in mild hyperlipidaemia), produced a mean percentage reduction in LDL-levels of 37.12% (4).

Finally, the beneficial effects of soy protein observed are based on a median dose of 25g of soy protein a day. As the authors acknowledge, it may be difficult to attain this level of high soy consumption considering the average soy burger contains approximately 12g of soy protein, whilst a cup of soy milk contains only 7g.

Will this meta-analysis preserve soy’s FDA heart health claim status? It’s difficult to say. The evidence is certainly not iron-clad. But soy lovers need not despair. Even this cloud has a soy-lver lining. The meta-analysis has confirmed that a high soy protein diet certainly appears to have a beneficial effect on cholesterol. It may not be quite as good for you as previously thought, but it certainly remains good for you. 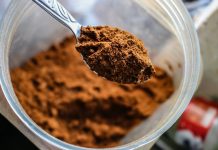 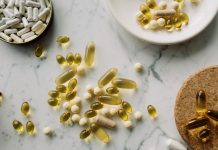