Exercise is good for you. Everyone knows that. Knowing that exercise has health benefits is one thing, but quantifying how and why exercise is good for you is a more challenging task. A study recently published in the British Medical Journal takes the approach of statistically analysing a large population sample to measure the effects of physical activity. The outcomes they analysed included all-cause mortality as well as mortality associated with a range of diseases (1).

The main data source for the study was the National Health Interview Survey (NHIS). This is a national, annual, cross-sectional survey of US households conducted by the US Centers for Disease Control and Prevention and the National Centre for Health Statistics. The survey collects data relating to health and health-related behaviours such as exercise. This analysis included almost half a million respondents (479,856) from between 1997 and 2014.

In terms of classifying exercise levels, the study team used the 2018 physical activity guidelines for Americans to split the respondents into two groups; those who met the recommended levels of activity and those who did not. They also looked at the type of physical activity, whether it was aerobic or muscle strengthening for example. They then used the National Death Index to follow up on the survey respondents and determine how many of them had died and what they had died of.

Where available, they also factored in a series of other variables that may have impacted on mortality such as age, sex, smoking status, alcohol intake and others. These covariates allowed the statistical analysis to isolate the impact of exercise while holding other variables constant.

In terms of the overall risk of mortality, there was a clear reduction in risk brought about by exercise. Those who engaged in regular muscle strengthening exercise had an 11% lower risk of death during the follow-up period (Hazard Ratio=0.89). Those who engaged in aerobic activity fared even better, with a 29% lower risk (HR=0.71). Combining both aerobic and muscle strengthening activity was shown to have an additive effect, reducing overall risk of death by 40% (HR=0.6).

In terms of the causes of death, aerobic activity and the combination of aerobic/muscle strengthening activity had a particularly pronounced effect on the risk of death from chronic lower respiratory tract disease. Aerobic activity reduced the risk of death from this group of conditions by around 60% while the combination of aerobic and strength reduced the risk by over 70%.

While the overall result of this study (regular exercise reduces your risk of death) will not shock people, the risk reduction figures are striking. That a combination of sufficient aerobic exercise and muscle strengthening can reduce the mortality risk by 40% is a significant finding. It puts a noteworthy and comprehensible figure on benefits of regular exercise, making it easier for people to grasp its importance.

However, this study is not without its flaws. One of the limitations of the study is that it relies largely on self-reported data. This introduces the possibility of a number of errors into the study. Some individuals likely over-estimated their exercise levels, whilst others may have under estimated theirs. Similarly, self-reported health status may not be as accurate as a patient’s medical notes. However, overall the study’s main finding are unlikely to be significantly impacted by these limitations.

Image by Joanna Dubaj from Pixabay 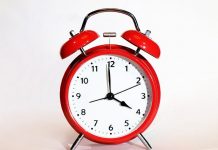