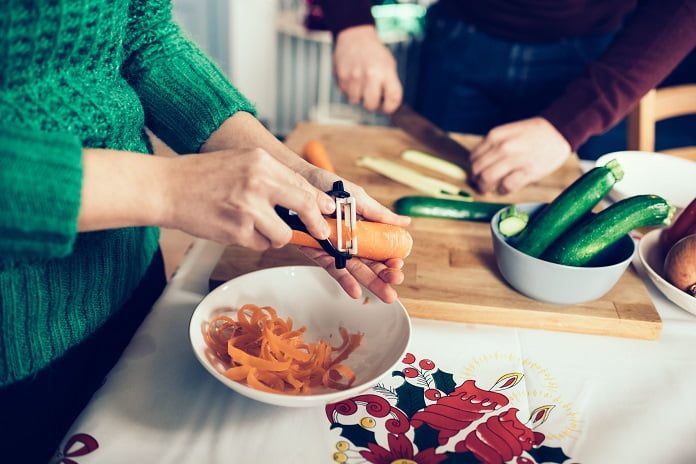 In a recent study, researchers explored the hypothesis that a low-carb diet improves brain function.

Alzheimer’s disease is a neurological condition characterized by cognitive decline. In recent years researchers have attempted to produce medications to help treat the disease, but the majority of them have had no significant effects. Now researchers are looking at alternative ways of treating the disease.

Previous research has shown that the brains of those with Alzheimer’s disease are not able to metabolize glucose for energy. When the brain cannot use glucose, it can use ketones, a byproduct of fat metabolism. This concept has led to the hypothesis that if ketones are used by the brain as an energy source rather than glucose, there may be neurological benefits. As a result, researchers in a recent study put participants on a high-fat, low carbohydrate diet, also known as the Atkins diet, to determine if a low-carb diet improves brain function.

The Atkins diet runs on the premise that low carbohydrates, high fat and moderate protein will cause the body to burn fat as its main energy source, rather than carbohydrates, which puts the body into a state of ketosis (the process by which the body breaks down fat into ketones to use as energy).

Participants were recruited via flyers, groups pertaining to Alzheimer’s, media advertisements, mail and through the Johns Hopkins Alzheimer’s Disease Research Center. For inclusion in the study, the participants had to be at least 60 years old, have mild cognitive impairment or Alzheimer’s disease and live with someone who was not cognitively impaired who could enforce study procedures. Various factors such as high cholesterol, low blood sugar, and starting new medications within the last two months excluded people from being included in the study.

Each participant was randomly assigned to be in the modified Atkins diet (MAD) group, or the National Institute of Aging (NIA) group, where participants consumed a diet recommended for all seniors by the National Institute of Aging. They received information on how to adhere to their respective diets, and were instructed to keep a daily food diary. Participants also underwent neuropsychological testing prior to starting the study, and again at weeks 6 and 12, as well as had assessments at 3, 6, 9, and 12 weeks where their urine ketones were measured.

It should be noted that the researchers found it difficult to find participants to enroll in the study, as many individuals did not want to change their diets, and nine of those who did enroll eventually dropped out, reporting they didn’t want to consume a diet any longer. Considering the study was only 12 weeks long, the results do not conclusively suggest a low carbohydrate diet is an effective treatment for Alzheimer’s Disease, but suggest that there is merit in further research on the topic.

Reference: Brandt, J., Buchholz, A., Henry-Barron, B., Avramopoulos, D., & Cervenka, M.C. (2019). Preliminary Report on the Feasibility and Efficacy of the Modified Atkins Diet for
Treatment of Mild Cognitive Impairment and Early Alzheimer’s Disease. The Journal of Alzheimer’s Disease, 68. https://doi.org/10.3233/JAD-180995.