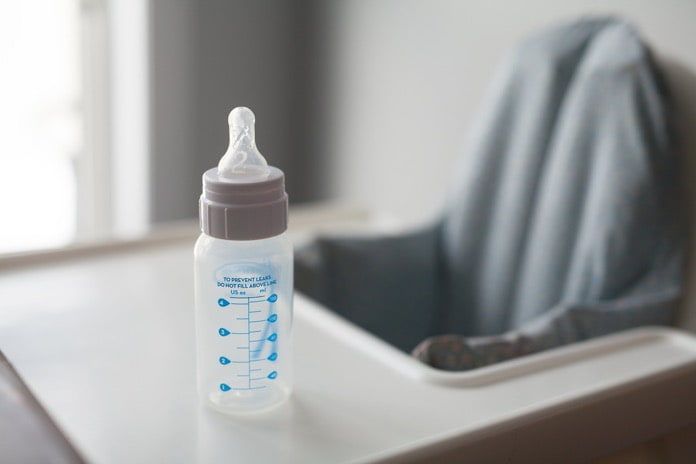 A recent commentary in The Journal of Nutrition discusses how breast milk enhances the absorption of lutein in the infant’s brain when compared to infant formula.

Scientific literature has persistently indicated that breast milk is essential and important to the well-balanced nutritional well-being of infants. Although the superiority of breast milk over formula has been well-established, researchers are continuing to investigate ways to improve the formulation of infant formula. One area of particular interest lies in the science of nutrient absorption. Studies have shown that the nutrients found in breast milk may be better absorbed by the body than the same nutrients found in formula. A recent commentary published in The Journal of Nutrition, published 25th January 2018 summarizes the research to concerning the absorption of lutein from either breast milk or formula.

Lutein and zeaxanthin are Vitamin A carotenoids that are concentrated in the macula of the eye’s retina. They protect the eye by absorbing blue light. A study conducted involved providing lutein, zeaxanthin, and omega-3 fats for six months to the first-generation offspring of 120 participants who had age-related neovascular macular degeneration. Although the level of the vitamin A carotenoids was higher in the plasma of these individuals, change in macular pigment optical density was not seen. Thus a direct evaluation of carotenoids and their health benefits is rather difficult.

Lutein in the Brain

An important finding in the research is that while lutein is an important carotenoid, it is not only present in such high levels in the eye, but also in the brain. Lutein has some clear implications for the enhancement of infant memory, while the same effect cannot be achieved with the adult brain. Thus the most effective way of enhancing nerve function and neural connections associated with memory is during infant brain development by ensuring ample amounts of lutein and zeaxanthin. The study examined the levels of lutein in the eyes and brains of infant rhesus macaques. The infants who were breast milk-fed had three times the amount of retinal lutein and zeaxanthin than those that were formula fed, whether it was supplemented formula or not.

In the past, a study done on Caco-2 intestinal cell models as well as in human infants indicated a better absorption of lutein from breast-milk rather than formula milk. The authors of the current study, however, have gone a step further in establishing that higher levels of lutein in the brain when breast milk is the primary nutritional source. This is due to a combination of nutrient-nutrient interactions, fat content, and food matrix. Research in this direction has promising indications especially regarding how the milk lipases and fat structures enhance the absorption of milk.

How is Lutein Absorbed?

Milk fat globules from mammary epithelial cells have a singularly unique structure where they are wrapped with a milk-fat membrane, which is a triple layer rich in proteins, phospholipids, glycolipids, and glycoproteins. Similac, which is a popular alternative formula, has more simple lipid structures compared to this, which are smaller in size than that from breast milk. It is uniformly sized at about 4µm. Formula lipids have a coating of casein and whey protein as well in order to increase their shelf life and stability. The size of the lipid droplets and the combination of emulsifiers affect the absorption of lutein in infants. The differences in the structure of lipid proteins and fats in breast milk are believed to be responsible for better and higher absorption of lutein in infants.

A second factor that promotes lipid digestion and absorption of lutein in infants are bioactive ingredients present in human mother’s milk, especially bile-salt stimulated lipases. It is known that these are highly effective in aiding the increased absorption of lutein in the infants gut. The promising and important finding of the research is that even with supplemental lutein being present in formula milk, there is a need to focus more on more effectively mimicking the blueprint of breast milk, in order to provide more nutrient rich alternatives to infants, for their nourishment. A better replication of the blueprint of breast milk will aid in developing newer formulas with enzymes and lipid combinations that will optimize the nutrients received by the infants.