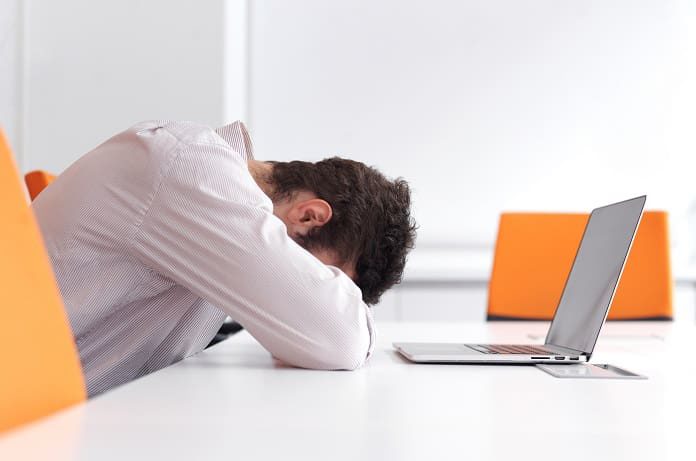 A group of researchers in France conducted a study evaluating the effects of job stress and burnout on physical and mental health.

Jobs can be tedious and dull. They can consume a huge portion of our time, often seemingly to no avail. However, while a lot of us may feel like that some days, there is a syndrome called burnout, which may seriously affect a portion of the employees in a company. The professional burnout can be a response to chronic job stress. It can be defined by breaking it into three components: emotional exhaustion, personal accomplishment, and depersonalization. As a person endures ongoing, chronic job-related stress, their coping mechanism may deplete.

Karasek’s model of “demand-control-support” suggests that burnout, or job strain, results from highly demanding jobs of which the employee has little control over. Vast amounts of evidence are now being collected to suggest that this model is highly correlated with adverse health and mental effects, such as chronic diseases and mental disorders. Some researchers have even determined a correlation between biomarkers (a biological, measurable indicator of a disease) and stress, as measured by any model—not just Kaarsek’s.

What is Professional Burnout?

Burnouts are not classified as a mental disorder and do not have diagnostic criteria. Instead, it is regarded more as a “mismatch” between a worker and their place of work. It is thus associated with management fields more often. Fatigue, mood disorders, sleep problems, and cognitive impairment seem to be the symptoms most commonly associated with burnouts. There have also been studies linking physical problems with burnout, such as metabolic syndrome and type 2 diabetes. These seem to be mediated (or caused through) by what is called allostatic load, or the deterioration of the body due to prolonged exposure to stress.

As published in PLoS ONE, researchers in France wanted to see if there is a biological signature to exposure to chronic job stress, which leads to burnout. To do this, they measured biological parameters, job strain, social support, and mental disorders.

For the study, the researchers used participants from one company in France. They chose 54 white-collar subjects experiencing burnout, excluding ones with previous illnesses and disorders. They compared these to 86 healthy individuals from the same company. The study found a significant correlation between burnout subjects and higher emotional exhaustion and depersonalization levels, and lower physical activity levels, as compared to healthy subjects.

The study found that burnout subjects have significantly more trouble with sleep, including insomnia, sleep fragmentation (waking up frequently), and non-restorative sleep (not feeling refreshed). They also showed higher rates of anxiety and depression.

Burnout and Biological Markers of Stress

Contrary to other studies, this study found a correlation between burnout and biomarkers, which means that burning out can further be studied as a biological disorder or as a condition leading to one. There is, in fact, evidence to suggest that all of these are related. For example, sleep problems were shown to be risk factors for weight gain, Type 2 diabetes, and insulin resistance. The researchers note that of the three categories of burnouts, emotional exhaustion was most highly correlated with the above. Insomnia and it’s highly correlated biomarker HbA1C can be considered as bio-clinical signatures of chronic workplace stress.

All of the above can be indicators that burnout subjects may be close to experiencing allostatic overload. This can disrupt biological responses, resulting in negative biological reactions, higher risks for chronic diseases such as hypertension and obesity, and more. This allostatic overload may explain how burnout leads to these negative physiological findings.

One limitation of this study was the use of a self-reporting method, whereby the burned-out subject may have over exaggerated their responses, as their mood was already low. Furthermore, this is a correlation study performed at one point in time. Therefore, no causality can be interpreted, nor even the direction of the possible causality. The researchers have also not recorded the length of the burnouts, or the level, which may have clarified some of the results. Further studies are needed to determine more about this interesting phenomena.