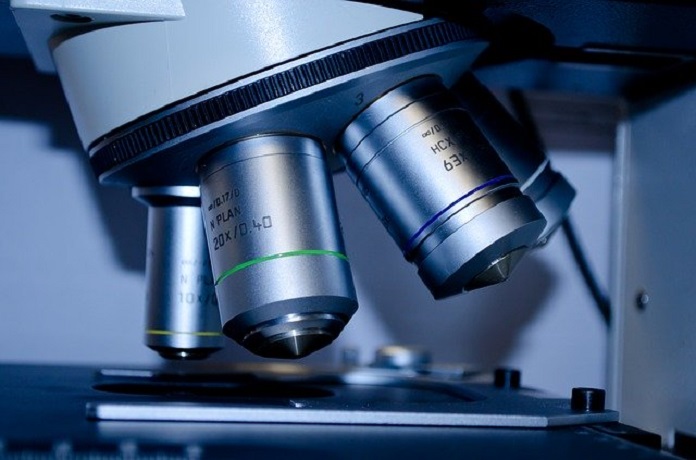 In laboratory studies in mice, researchers investigated the link between success of an experimental cancer immunotherapy drug and gut bacteria.

Different treatment approaches are used to treat different types of cancer. Cancer immunotherapy drugs help the body’s own immune system to attack abnormal tumor cells. Some tumor cells express proteins on their cell surfaces to ‘disguise’ them from the body’s immune responses. The protein CD47 is found on many tumor cells and gives a “don’t-eat me” signal to the body’s macrophage cells (white blood cells) that would otherwise attack and breakdown abnormal cells.  An experimental anti-CD47 cancer immunotherapy drug aims to block the CD47 protein and allow the macrophages to attack tumor cells.

In initial laboratory experiments in tumor-bearing mice, anti-CD47 treatment was found to work in some mice but not others. There is a growing understanding that human and animal guts contain “good” bacteria that have health benefits such as aiding digestion and protecting the gut from harmful bacteria. Some studies suggest that certain gut bacteria can enhance cancer immunotherapy, perhaps by activating gut immunity.  Researchers at the Universities of Texas Southwestern Medical Center and Chicago further investigated the link between success of anti-CD47 cancer immunotherapy and gut bacteria. They recently published their findings in the Journal of Experimental Medicine.

The researchers studied two groups of tumor-bearing mice that had different types of gut bacteria. One group was responsive to anti-CD47 treatment and the other was not. When the groups were housed together, the unresponsive group became responsive to anti-CD47. The researchers suggested that there had been transmission of gut bacteria between the two groups. In further experiments, they found that a type of gut bacteria, Bifidobacterium, travels from the mouse gut and accumulates within the tumor cells. They also found that the anti-CD47 drug and Bifidobacterium combination works together via innate immune system pathways in the mice, turning the tumor from non-responsive to responsive.

“We felt we needed to improve anti-CD47 therapy and understand the mechanisms [of action],” said Prof. Yang-Xin Fu, the lead investigator. “This study finds that some of the bacteria from the gut travel to the tumor and get into the cells, or microenvironment, where the bacteria facilitate CD47 blockade’s ability to attack the tumor.” This happens via activation of immune signaling pathways. The findings suggest that a probiotic might help to improve anti-CD-47 therapy. The researchers also want to investigate whether other types of gut bacteria can influence cancer immunotherapy.