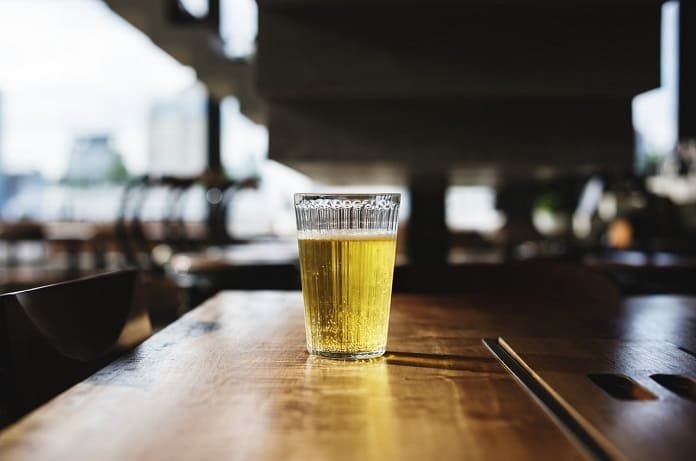 A new British study examines how even a short one-month break from alcohol can shift your body weight, cholesterol level, and cancer risk.

Across the globe, alcohol is the leading risk factor for the number of years lost due to ill health in working-age adults. Alcohol consumption is the highest in European countries with over 25% of adults in the United Kingdom drinking more than the recommended guidelines.

Alcohol dependence has been linked to numerous diseases including liver cirrhosis, anemia, and heart disease. The World Health Organization (WHO) has even classified alcohol as a class I carcinogen linked to throat, breast, and colorectal cancers.

To curb the rise in alcohol-related morbidity, the UK has recently lowered their weekly recommended limits and launched public health campaigns to encourage short-term abstinence from alcohol. To investigate the effectiveness of a short-term alcohol break, a new study published in the BMJ invited 94 adults who consumed more than three standard drinks a month to abstain from alcohol for one month. They did not include those with known liver diseases or alcohol dependence in the study.

Compared to 47 participants who did not abstain from alcohol, those who did showed dramatic improvements in liver function, blood pressure, and cholesterol levels. Blood serum alanine aminotransferase, a marker for liver damage, went down 14.5% and blood cholesterol was reduced by 13.4 % in the abstinence group. Average body weight was also lower in those who took al alcohol break. Average blood pressure went down by almost 5%, as did measures for insulin resistance, which dropped by 25%.

To examine cancer risk, researchers tested for changes in blood epidermal growth factor (EGF) and vascular endothelial growth factor levels (VEGF). Both hormones are known to be involved in multi-step cancer progression and are found in solid tumors such as breast and colon cancers. For those on the alcohol break, EGF dropped by 73.9% and VEGF by 41.8%.

Researchers recommend further work to examine the long-term sustainability of these biological changes after the one month period, particularly in individuals who resume alcohol consumption. Nonetheless, researchers say that the results support the lowering of recommended alcohol limits and encourage regular alcohol drinkers to take occasional breaks.