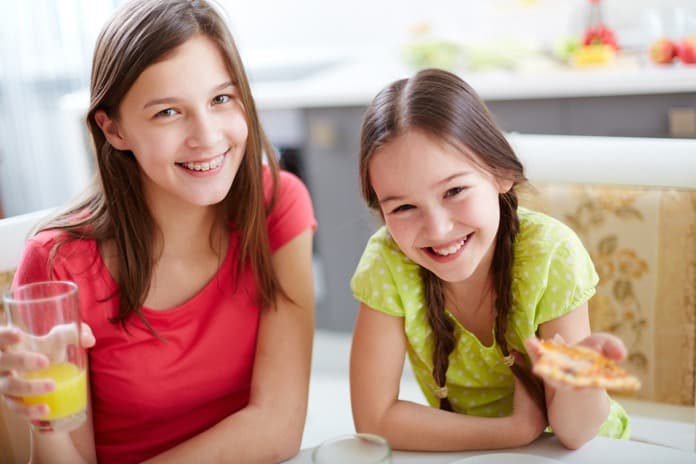 Previous studies have shown that children who have poor dietary habits are at increased risk of obesity in adulthood. Studies have also found that when children eat outside the home they tend to eat more unhealthy foods. Understanding how food environments affect food choices could help to improve children’s dietary behaviours.

Researchers in the United Kingdom performed an in-depth analysis on children’s food environments to determine the most common eating locations, what type of foods are eaten at each location, and how these patterns vary according to family background and other characteristics. They recently published their study in the American Journal of Clinical Nutrition.

Using data from the UK National Diet and Nutrition Survey

The UK National Diet and Nutrition Survey Rolling Program (2008-2014) was designed to assess the diet, nutrient intake and nutritional status of the general population over the age of 1.5 years. Researchers randomly selected representative population samples from around the country. Individuals completed diet diaries recording everything they ate and drank over four consecutive days. Parents and caregivers completed the diaries for children under 12 years old. Trained interviewers visited the participants three times, to introduce and explain the food diary and support the participants to complete them accurately. A subset of data from this survey was used in this study.

For the study, the researchers used information from the food diaries of over 4,600 children between the ages of 1.5 to 18. They categorized the eating environments into five locations: home, school, leisure places, food outlets and “on the go” (e.g. consumed in bus/car/train/street). They categorized the food types into those considered acceptable in a healthy diet – “core foods” and “noncore foods”, which are energy-dense, but low in nutrients. The researchers also looked at other factors such as the percentage of meals eaten at home, family income, sex, ethnicity, and body mass index.

Eating at home was linked to less sugar consumption

The main eating location for children across all age groups was at home (69-79% of eating occasions). Eating more meals at home was linked to more healthy food choices, as eating at home led to eating less sugar and takeaway food. Eating at school was associated with a higher intake of core foods in children aged between 4 to 10 years. Eating at leisure places, food outlets and “on the go” was linked to a higher consumption of noncore foods.

The researchers concluded that eating at home and school are linked to healthier food choices. Eating at other locations is linked to less healthy food choices. Public health programs aimed at improving access to healthy foods in leisure places, food outlets and “on the go” could improve children’s food choices at these locations. Initiatives aimed at encouraging healthy eating in the home are also important, as this is the main food environment for children of all ages.

Reference: Ziauddeen N, Page P, Penney TL, et al. Eating at food outlets and leisure places and ”on the go” is associated with less-healthy food choices than eating at home and in school in children: cross-sectional data from the UK National Diet and Nutrition Survey Rolling Program (2008-2014). Am J Clin Nutrition 1018;107:1-12. Doi:10.1093/ajcn/nqy057.