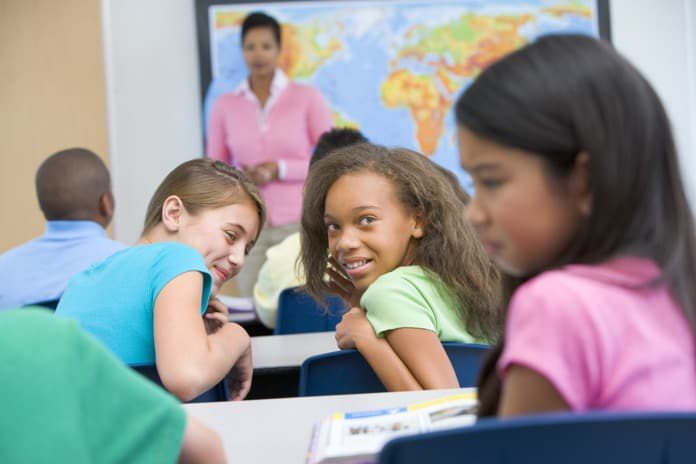 In a recent study published in Annals of General Psychiatry, researchers examined the impact of school bullying on children’s mental health.

School bullying is a widely recognized public health concern for youth. Being bullied is associated with having poor mental and emotional health, and studies have shown that the same may be true for the bullies themselves. Victims tend to demonstrate internalizing problems and depression. Internalizing behaviours are negative behaviours that are focused inward, including anxiety, withdrawal, or aches and pains. Bullies are likely to have externalizing problems and depression. Externalizing behaviours are directed outward, including arson, vandalism, or theft. Both bullying and being bullied put students at risk of suicide ideation.

School Bullying: Many Students are Both Bullies and Victims

Past studies have indicated that many students are both bullies and victims. Studies agree that bullying is common and universal but estimates of prevalence vary widely. Additionally, there has been little research examining the effect of bullying on mental health between different age groups. The impact of school bullying, however, may be different in preadolescence than in adolescence because the quality and significance of peer relationships are different during these two life stages. Few studies have examined the experiences of being a bully or victim in this age group.

A recent study in Japan examines how the experiences of being a bully or victim in preadolescence affect mental health, including internalizing and externalizing problems.  They then compare the results to adolescents. Since past studies have found that the mental health and the risk of suicide ideation in adolescents differ by gender, this study examines these same risks by gender in preadolescents. The study uses this accepted definition of bullying by psychologist Dan Olweus:

“A student is being bullied or victimized when he or she is exposed, repeatedly and over time, to negative actions on the part of one or more other students. It is a negative action when someone intentionally inflicts injury or discomfort upon another, which is implied in the definition of aggressive behavior. Negative actions can be carried out by physical contact, by words, or in other ways, such as making faces or mean gestures and intentional exclusion from a group”.

The researchers included 827 students in grades five through nine from six elementary schools in Tokyo, Japan. There were 338 preadolescents (around 11 years old) and 486 adolescents (around 14 years old). The students completed surveys indicating their experiences with bullying, whether they were a bully or victim, and their mental and emotional health. Bullying behaviour was divided into six possible types: physical abuse, ignoring/leaving someone out, verbal abuse, cyber-bullying, stealing/hiding/damaging someone’s possessions, or threatening someone. Based on their answers, the children were then divided into one of four possible groups: bully only, victim only, bully and victim, or neither.

Most Children Fall into the “Bully and Victim” Group

This study found a higher proportion of students in the “bully and victim” group than in other studies.  This may be due to the use of concrete behaviours in the survey as an indicator of bullying status, without using the word “bullying” itself, and may indicate a more reliable result. The results of this study were recently published in the journal Annals of General Psychiatry.

This important study indicates that there is a significantly higher rate of school bullying behaviour in preadolescents than in adolescents. Additionally, this study demonstrated that there were different patterns of mental health between the bully or victim groups. This study demonstrates that prevention and intervention programs should be tailored to the specific type of bullying or victim experience as well as the age and gender of the children.

(1) Kozasa S, Oiji A, Kiyota A, Sawa T, Kim S. Relationship between the experience of bully/victim and mental health in preadolescence and adolescence: a cross-sectional study. Annals of General Psychiatry. 18 October 2017
(2)Bullying at school. Basic facts and an effective intervention program. Promot Educ. 1994;1:27–31.