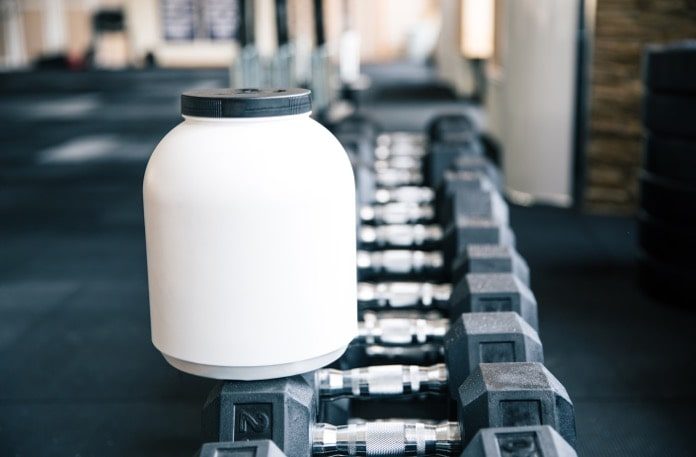 New research suggests that protein shakes might be more effective for building muscle mass when taken at certain times of the day.

One effective way of building muscle is combining resistance training with a healthy diet that includes enough calories and protein to repair muscles post-workout.  The amount of these nutrients that one needs varies greatly depending on body mass, composition, and activity level. Protein powders and shakes have become popular in recent years, and they are great for helping people who are trying to build muscle mass to get enough protein if they do not get enough through their regular diet.

Recent research has suggested that the effectiveness of protein supplements can increase depending on the time of day that they are taken. Muscles repair themselves more effectively when there are enough amino acids from protein in the blood, however, amino acids are not released by the body at constant circulating levels like glucose is.  Most muscle recovery mechanisms and growth occur during sleep, as the body repairs itself during that time period, and having amino acids in the blood is essential for this process.

An analysis of several studies from the Netherlands published in Frontiers in Nutrition examined the effect of drinking casein protein shakes before bedtime on gains in lean muscle mass. One of the studies was performed by putting 44 healthy young adult males on a 12-week resistance training program. Researchers gave half of the participants a nightly protein shake with 30 grams of casein and 15 grams of carbohydrates, while the others got a placebo calorie-free drink.

All participants gained muscle mass and increased their strength as determined by their one rep maximum weight for squats, but the group who drank protein shakes before bed gained more strength and muscle mass compared to the placebo group.

Although these results were significant, it is difficult to determine whether the increased muscle mass was due to consuming casein before bed specifically, or if it was simply due to an increased total intake of protein and calories.  Another study referenced in the analysis examined the effect on gains in lean muscle mass of taking a casein supplement before bed compared to taking the same supplement in the morning.

This second study was performed on 26 participants that regularly did weight training.  For eight weeks, half of the participants consumed a nightly casein supplement while the other half took the same casein supplement in the morning. Neither group was advised to change their training intensity or duration throughout the course of the experiment.

More research is needed to determine if taking protein supplements before bed is better than taking them at any other time of the day.  To conclude, exercise and weight training combined with a healthy diet is a great way to improve overall body composition as well as overall health, and both should be encouraged.