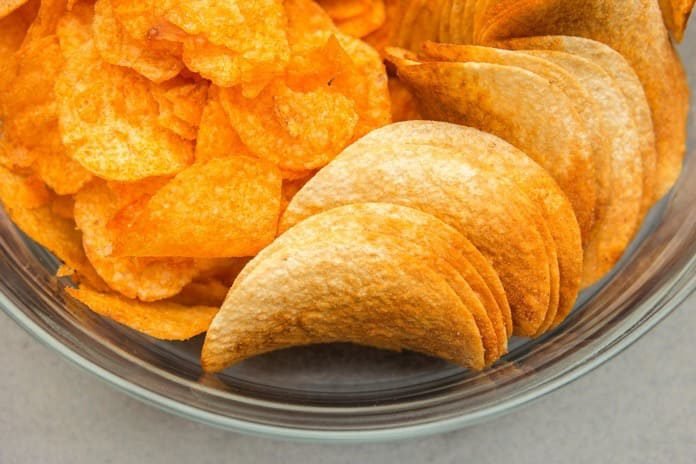 In a recent study, researchers in the US investigated the impact of processed foods on American adults with excess weight.

Ultra-processed foods contribute to 89% of added sugars and provide 58% of energy intake in the American diet. They are industrially manufactured, packaged and convenient. They are usually ready-to-eat foods, such as mass-produced bread, chicken nuggets, cakes, and confectionary.

“Healthy” foods may also be ultra-processed

High in added sugars, salt and saturated fatty acids, ultra-processed foods typically contain additives such as flavourings, emulsifiers, preservatives, and colouring agents. Ultra-processed foods are mostly perceived as junk food. However, foods believed to be healthy, like granola bars, low-fat yoghurt, and ready-to-eat meals are also ultra-processed. Therefore, the role of processed foods in a healthy diet is controversial as is their nutritional value.

Few studies have looked at ultra-processed foods as a group

Previous research in various countries including the UK, US, Canada, Brazil, Chile and France have consistently provided evidence that diets with a higher proportion of ultra-processed foods have poorer nutritional quality. It is believed that the global rise in ultra-processed foods is contributing significantly to the rise in the global obesity epidemic. However, there is a limited number of studies that evaluate the association between excess weight and ultra-processed foods as a group, and not limited to “junk” or fast foods.

Since a typical American diet is mostly made up of processed foods, understanding the impact they have as a group on excess weight is important. Therefore, American researchers recently conducted the first study, to their knowledge, to evaluate the association between the consumption of ultra-processed foods and excess weight in a sample of American adults. Their results were published in the British Journal of Nutrition.

This national population study included 15,977 adults aged between 20–64 years who participated in the National Health and Nutrition Survey between 2005–2014. The researchers collected body measurements such as height, weight and waist circumference and dietary data. They classified food into ultra-processed food or non-ultra-processed food according to the NOVA classification, which classifies food according to the extent of processing.

Ultra-processed foods are associated with a higher likelihood of obesity

Individuals in the highest consumption group were more likely to be female, younger and non-Hispanic white, as well as having on average a higher BMI, waist circumference and increased prevalence of overweight, obesity or abdominal obesity.

Those who consumed a higher proportion of ultra-processed foods were observed to have a higher average energy intake with high contributions from sugar, carbohydrates and saturated fatty acids and lower intake of protein and fibre.

Therefore, this population study in the US showed that the consumption of ultra-processed foods is associated with a higher BMI, waist circumference and the likelihood of being overweight, obese or having abdominal obesity. Even though this association was observed in both men and women, evidence showed it was more pronounced in women.

These findings, in conjunction with similar studies in the past, suggest there is indeed an association between the relative intake of processed foods and excess weight. Further studies are required to confirm these results, however, if confirmed, this greater understanding may aid clinical practice with dietary recommendations and weight management strategies.