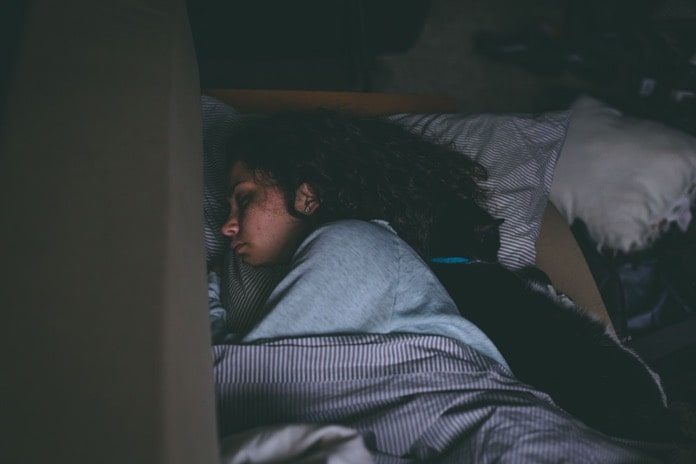 Is less than six hours of sleep a night increasing your risk of heart disease? A recent study investigated whether sleep could be a potential tool to help fight heart disease.

According the World Health Organization (WHO), cardiovascular diseases are the number one cause of death globally. In 2016, it was estimated 31% of global deaths were from cardiovascular diseases, with 85% of these deaths due to a heart attack and stroke. Given the significant global health burden it plays, preventing and treating heart disease are pivotal to reducing the number of deaths.

Limited studies on the impact of sleep length on atherosclerosis

Several prevention and treatment approaches are commonly employed, including the use of drugs and lifestyle changes including physical activity and diet. Sleep duration and quality have also been linked to cardiovascular risk. However, there are limited studies which measure objectively the impact sleep duration has on atherosclerosis.

Atherosclerosis is the hardening and narrowing of arteries due to a build-up of plaque (from fats and cholesterol) causing blood flow to become restricted. A blocked artery can result in a heart attack or stroke as oxygen supply to these organs becomes restricted.

A recent study by researchers in Europe investigated whether sleep quality and duration are independently associated with atherosclerosis not just in the heart, but throughout the body as well. The study looked at a large, healthy population. This differs from previous studies which typically included participants with health problems such as sleep apnea. Their findings were published in the Journal of the American College of Cardiology.

Included in the study were 3,974 bank employees in Spain who had an average age of 46 years. They were part of the PESA (Progression of Early Subclinical Atherosclerosis) study. Two-thirds of the participants were men, and all were without known heart disease. Over a seven-day period, every participant wore an actigraph to measure their sleep. This is a small device which measures activity and movement constantly. This is also different to previous studies which have relied on questionnaires to determine how much sleep participants got. Each participant also underwent a 3D heart ultrasound and CT scans to look for heart disease.

Based on the results, four groups were defined based on sleep duration. These groups included:

Very short sleep is associated with a higher risk of atherosclerosis

Individuals who had shorter sleep consumed more alcohol and caffeine

Other lifestyle factors, such as diet, was taken into consideration also. Participants who had shorter sleep duration and disrupted sleep also reported a higher consumption of alcohol and caffeine. Despite common beliefs that alcohol can help put you to sleep, it can result in poor quality sleep, causing you to wake up after only a short period of time and then resulting in trouble getting back to sleep.

In conclusion, these results highlight the importance of healthy sleep habits. It justifies the inclusion of sleep duration and quality to be considered as a prevention and treatment method, along with exercise and diet to ensure a healthy lifestyle and healthy heart. Getting more than six hours of sleep per night, along with ensuring the quality of the sleep could help prevent cardiovascular disease.