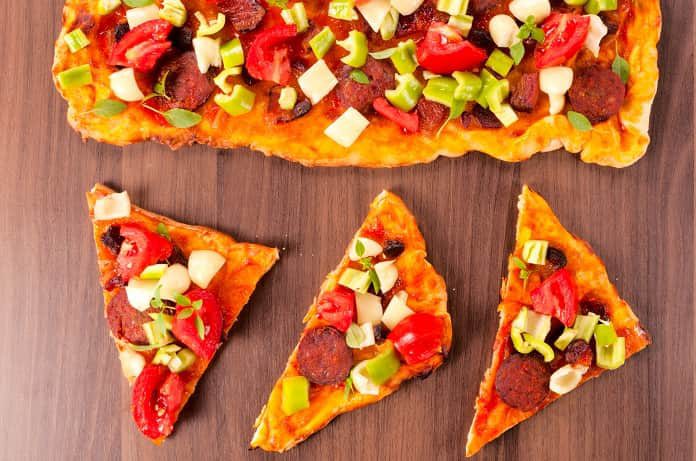 In a new meta-analysis, researchers test whether circadian rhythms affect weight by examining the relationship between portion sizes and weight loss.

Many people struggle to maintain a healthy weight. Diets and weight loss programs abound and most of them focus on cutting the number of calories people consume. However, many who do lose weight struggle to keep it off. Although this has been attributed to a failure to stick to the program, new evidence suggests that the interplays between biology and diet are more complex than the number of calories in or out.

Circadian rhythms, which are driven by day and night cycles, are one way in which the body regulates the production of hormones that are linked to metabolism and weight loss. Some researchers have suggested that eating at night, and particularly eating a large meal at night, can be detrimental to weight loss goals regardless of the total number of calories consumed because the body is simply less efficient at processing calories during the night.

In a study published in the British Journal of Nutrition, Fong and colleagues decided to analyze the existing evidence about portion sizes and weight loss. They reviewed data from both observational studies and clinical trials which included information on portion sizes, daily caloric intake, and weight or body mass index (BMI). Their final sample included ten observational studies with sample sizes between 52 and 39,094 patients and eight clinical trials with samples between 10 and 193 patients.

Of the observational studies, four of the ten showed a relationship between large portion sizes in the evening and weight. In particular, consuming more than 25% of daily calories in the evening was linked to higher weight. However, for at least one of the studies, participants’ self-reported caloric intake biased the results. Five of the ten studies showed no relationship between portion size and weight or weight loss, while one study found the inverse relationship—larger evening meals were linked to reduced weight. Fong and colleagues performed a meta-analysis of these ten studies and found a weak but significant relationship of BMI to portion size—larger evening portions were linked to higher weight.

Of the clinical studies, six of the eight studies found that reducing evening portion sizes led to greater weight loss than caloric reductions at other times of the day. However, several studies found the inverse relationship or a different outcome over the long term than the short term. A meta-analysis of the clinical trials found no significant differences in weight loss between groups who ate larger or smaller evening meals.

The studies analyzed by Fong and colleagues showed no consistent relationship between evening portion sizes and weight loss. Importantly, the observational studies were likely biased by participants’ self-reporting. It’s possible that reducing the size of evening meals has an effect on weight loss and weight maintenance in the long term, but that these differences are simply too small to measure accurately in the short term. Longer-term, better-controlled studies will be needed to definitively show whether there are benefits to reducing evening portion sizes.