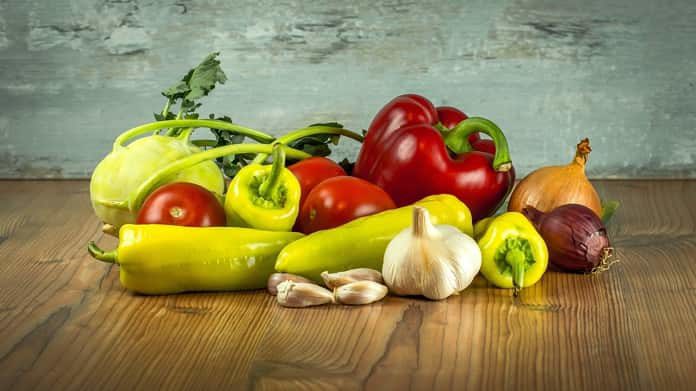 With conflicting findings on which foods are associated with breast cancer incidence, a recent study examined the association between a vegetarian diet and breast cancer risk.

The incidence of breast cancer has risen in Taiwan, making it the most common cancer among Taiwanese women. Aside from genetics, diet has been shown to influence the risk of this disease. Despite the investigation into the specific foods associated with breast cancer, researchers have not been able to collectively agree on which foods definitely contribute to this risk. In a study published in BMC Public Health, researchers explored the patterns of diets considered to contribute to breast cancer, as well as investigated the association between a vegetarian diet and breast cancer risk.

Between 2010 and 2013, researchers recruited women under 85 years old with a diagnosis of primary breast cancer from Taipei Tzu Chi Hospital to include in the cancer group of this study. Women who had breast examinations during this time were within five years age of the cancer group, and who had no history of breast cancer, were recruited to be in the control group. One day prior to breast cancer surgery, participants in the cancer group completed a three section questionnaire, whereas individuals in the control group completed the questionnaire before their visit to the clinic. After completing demographic questions, participants answered how often in the past month they ate each of the 27 foods listed on the food frequency questionnaire. Participants also answered questions about alcohol, tobacco, vitamin, mineral, and supplement consumption, as well as vegetarian dietary habits which included ovo-vegetarian, lacto-vegetarian, lacto-ovo vegetarian and vegan diets. Blood serum levels of albumin, estradiol, and triglycerides, as well as soy flavanone intake, were also measured.

Analysis of the questionnaires showed the cancer group had an average body mass index (BMI) of 24.32, which was higher than the control group’s average of 22.98. Dietary patterns were categorized as meat, processed meat, fruit/vegetables/soybean, desserts/sugars, and fermented food. Only meat and processed meat dietary patterns were associated with breast cancer risk. In the cancer group, there was a lower frequency of vegetarian diets and exercise, less intake of soy flavanone, and lower serum albumin levels. More women in the cancer group had or were having their first child, or were primiparous, over 30 years of age compared to the control group.

The term “odds ratio” describes the likelihood a variable will induce an outcome with ratios greater than 1 representing a strong likelihood. In this study, it would refer to the association between the various dietary patterns or other examined variables and breast cancer risk. A vegetarian diet, serum albumin, soy isoflavone intake over 22mg had odd ratios of 0.42, 0.30, and 0.37 respectively. BMI had an odds ratio of 2.00 and primiparity had an odds ratio of 2.38. Estradiol levels were similar in both groups.

This study showed that vegetarian diets confer protection against the risk of breast cancer, whereas meat and processed meat diets increase this risk. Vegetarian diets in Taiwan tend to be higher in soy, which increases the levels of the beneficial compound soy flavanone and could explain the association of such diets with a reduced breast cancer risk. The results involving dietary patterns still conflict with research in other countries that show high consumption of poultry, fish, fruits, and vegetables is associated with a reduced breast cancer risk.

The limitations of the study include the small sample size, and lack of accounting for the length of time individuals have been vegetarian on breast cancer risk. Future research should address these issues as well as include longer follow-up periods.