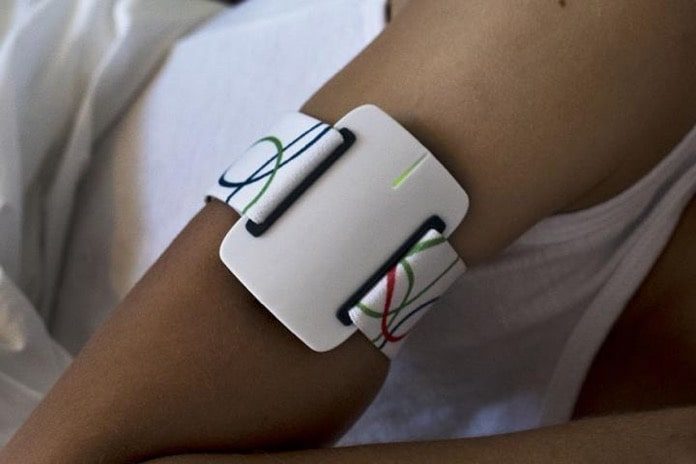 A recent study developed and evaluated the effectiveness of a new device to detect epileptic seizures and act as an epilepsy warning.

Despite receiving medication, approximately 30% of people with epilepsy continue to have seizures. Seizures occurring during sleep can be especially dangerous and are often unwitnessed. These epileptic patients are also at high risk for sudden unexpected death in epilepsy (SUDEP), a major cause of death in epileptic patients. Also, patients with an intellectual disability and severe therapy-resistant epilepsy have an estimated 20% lifetime risk of dying from epilepsy. Therefore, the development of an epilepsy warning device could help not only improve the quality of care for patients but also help prevent SUDEP.

One of the current techniques to monitor epilepsy at night is a sensor that reacts to vibrations from rhythmic jerks. Despite techniques, many seizures are still being missed. However, a new device developed by scientists from the Netherlands may be the solution to help reduce the number of epileptic patient deaths occurring during the night. This new high-tech device is a bracelet known as Nightwatch.

The researchers developed the bracelet to recognize two important warnings signs of severe epileptic seizures: an abnormally fast heartbeat and rhythmic jolting movements. When these seizure warnings are detected the bracelet will send an alert to the patient’s caretaker or nurse.

The researchers recently conducted a prospective trial to test the bracelet in 28 intellectually handicapped epilepsy patients. They observed the patients wearing the bracelet for an average of 65 nights. In the event of a severe seizure, the bracelet sounded an alarm. Patients were also filmed to see whether any false alarms occurred or if the bracelet missed any attacks. The results of the trial were recently published in Neurology.

The bracelet was compared to bed sensors, which are the current standard detection method. The findings showed that the bed sensor only detected 21% of serious attacks and on average remained silent once every four nights per patient. In comparison, the Nightwatch bracelet only missed a serious attack every 25 nights (on average) per patient.

The comparison showed the bracelet detected 85% of all serious night-time epilepsy seizures and 96% of the most severe ones. These results show combining patterns that can trigger seizures, such as heart rate and movement, is a reliable method of detection for night-time seizures.  The care staff of patients during the study reported being positive about the use of the bracelet and patients did not experience discomfort from wearing the bracelet at night.

The researchers expect through the use of the bracelet, the number of SUDEP cases may be reduced by two-thirds and applied globally, this epilepsy warning device could save thousands of lives. However, saving the life of the patient also depends on how quickly caretakers or nurses respond to the alarm. The Nightwatch is now available and can be used by adults at home and in institutions.