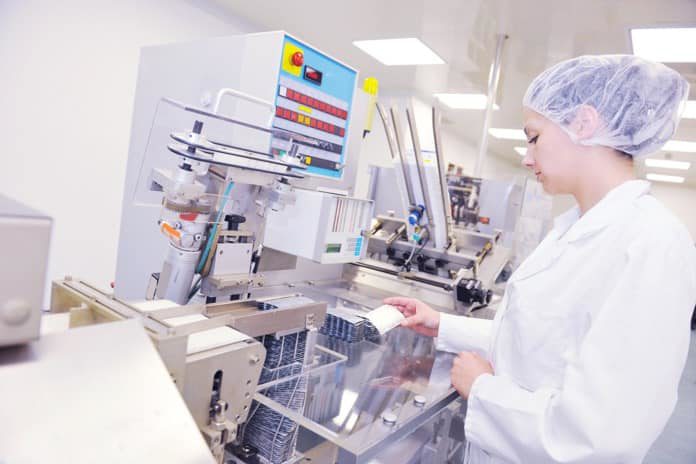 A recent review in Nature has described how research in lung cancer over the last two decades has resulted in ground-breaking therapeutic advances.

Lung cancer is a devastating disease causing almost 1.6 million deaths globally each year. There is variation in the way that lung cancer presents itself, both at a cellular level and at the molecular level, presenting unique treatment challenges for each disease subtype. The disease can be sub-classified into many categories based on microscopic characteristics of the cancer cells. The most common form is called the non-small cell lung cancer (NSCLC) which accounts for 57% of all lung cancer cases. A recent review in the journal Nature summarizes the latest advances in lung cancer research.

Investigators over the years have identified genes such as KRAS, EGFR, MET, TP53, KEAP1, BRAF, PI3K, CUL3, ATM, and ALK that contribute to diseases progression. These advances in disease biology have demonstrated a high level of molecular intricacy to an already complex disease.

The type and frequency of variation in these genes can vary greatly among lung cancer patients, providing clinicians an opportunity to classify and treat patients based on the unique molecular signatures identified in each case. However, the molecular diversity also presents a mechanism for resistance to therapy and relapse after surgery. Adding to this complexity is the tumor microenvironment within which cancer grows. Loosely speaking, this is the tumor adjacent supportive environment which allows the tumor to thrive.

As is the case with most cancers, the treatment for lung cancer is highly dependent on the stage at which cancer is detected. In early stages, surgical removal is advised. However, in more advanced stages, this is usually followed by platinum-based chemotherapy to avoid recurrence.

Molecular signatures for certain lung cancer subtypes provide the patient with the opportunity to avail highly tailored therapies designed towards specific mutations identified in their case. Changes in certain genes such as EGFR and ALK are frequently observed in lung cancers and provide a unique Achilles heel to target the cancer subtypes harboring these changes. These adjuvant therapies, in turn, can be sub-classified into two categories; targeted therapy and immunotherapy.

Many targeted therapies for the treatment of lung cancer belong to a class of drugs called the tyrosine kinase inhibitors (TKI). Several genes that are altered in lung cancer encode for receptors that bind to growth factors and activate downstream cellular pathways which eventually fuels the uncontrolled growth of cancer cells. These receptors become active when a phosphate is attached to them. A TKI prevents this event from happening, effectively blocking the downstream events that would lead to the uncontrolled growth of cells.

Based on which gene is changed in the patient, a specific TKI can be administered to a patient as an adjuvant to impede cancer growth. For instance, Gefitinib and Erlotinib are some of the early TKIs that target the epidermal growth factor receptor (EGFR) and have been successful in prolonging patient survival. Other examples include drugs such as Crizotinib, Cerinitib, and Alectinib, all of which act on ALK. Vemurafenib, Trametinib, Bevacizumab are some other drugs that have led to an increase in patient survival.  Unfortunately, some of these receptors can adapt and become unresponsive to these drugs by acquiring a novel mutation. In such cases, clinicians may choose to combine one or more drugs or use a combination of targeted therapy and immunotherapy to navigate therapeutic resistance.

There has been an explosive rise in immunotherapies in last decade. This has been primarily fueled by the rise of immune checkpoint inhibitors, a class of drug which employ the body’s own immune response to kill cancer cells. In certain cases, the tumor can overexpress a gene called PD-L1 and engage the PD-1 protein present on the surface of T cells. This, in turn, inactivates the T cells allowing the tumor cells to escape the immune response and grow rapidly. Antibodies such as Pembrolizumab and Nivolumab can disrupt this interaction between PD-1 and PD-L1, allowing T cells to be reactivated and mount an attack against tumor cells. Similarly, drugs such as Atazolizumab, Durvalumab, and Ipilimumab are some other checkpoint inhibitors which act by similar mechanisms by reactivating T cells.

Recently the focus has shifted on identifying unique molecular characteristics of lung cancers in order to devise effective combinations of targeted therapies and immunotherapies for individual patient needs. However, despite these advances, the constant evolution of tumor antigens leads to acquired resistance and undesirable side effects. Therefore further research would be required to offer less toxic alternatives for acquired resistance and minimize unwarranted side effects in current treatment alternative offered to lung cancer patients.