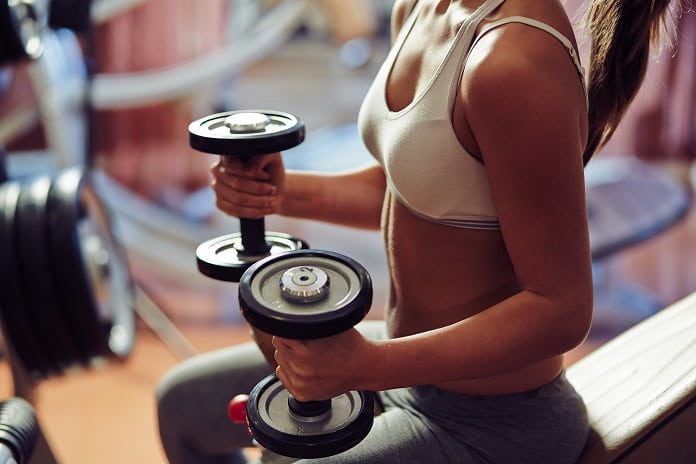 Researchers show that estrogen affects muscle health in women at a cellular level.

Hot flashes and mood changes are amongst the most commonly recognized effects of menopause. Less commonly known changes during menopause include a decline in muscle mass and strength. Muscle strength and the ability of muscle cells to regenerate after injury decrease with age. The link between sex hormones and muscle strength has been well studied in men, not as much in women. An important female sex hormone that decreases with age is estrogen. A decrease in estrogen levels is linked to decreased metabolism, increased risk of cardiovascular disease, and osteoporosis; estrogen deficiency reduces skeletal muscle mass in women. It is commonly thought that low estrogen levels affect the ability to store and use protein, which in turn leads to reduced muscle mass. However, in a recent research study published in Cell Reports, scientists at the University of Minnesota’s Medical School, USA have shown that estrogen plays a role in muscle strength at a cellular level and is essential for the maintenance and function of muscle stem cells.

The importance of muscle stem cells

Measuring the stem cell numbers in five different muscles showed that the number of stem cells in mice lacking estrogen was 30 to 60 percent lower as compared to normal mice. Estrogen deficiency also affected the ability of the remaining cells to respond to injury with a 20 to 30 percent decrease in strength recovery in mice lacking estrogen. Additional mechanistic experiments showed that estrogen deficiency is linked to an increase in programmed cell death of the muscle stem cells, leading to the decrease in cell number observed.

The researchers are also the first to establish that muscle stem cell numbers decrease by about 15% during the transition from perimenopause to post-menopause in an aging longitudinal study by carrying out muscle biopsies in women going through the menopausal transition.  As explained by Dr. Lowe, “This is the first work to show that estrogen deficiency affects the number as well as the function of satellite [muscle stem] cells.”

Estrogen replacement therapy can help to maintain muscle health. However, it is accompanied by an increased risk of cancer due to the hormone’s effects on cell growth, especially in the breast and endometrial tissue. A new class of FDA-approved drugs, selective estrogen receptor modulators (SERM) act on the estrogen receptor, selectively inhibiting or stimulating the estrogen signaling pathway in different tissues. One such drug, bazedoxifine was shown to stimulate the estrogen signaling pathway and hence restore the muscle stem cell pool in skeletal muscles in mice lacking estrogen. This finding suggests that selective estrogen receptor modulators could be used to treat menopause-related muscle loss, without the risks associated with standard hormone replacement therapy. Bazedoxifine, developed by Pfizer, is currently being used to prevent menopause-related osteoporosis and has been shown to be safe and well-tolerated.

This study is an important step forward in understanding the role of sex hormones in muscle health in women. As Dr. Lowe noted “It has long been known that male sex hormones promote muscle health, but we have been in the dark about what happens when females age [.] What estrogen does in women in terms of reproduction has been known for decades. Now we’re learning what estrogens do in women’s muscles.”