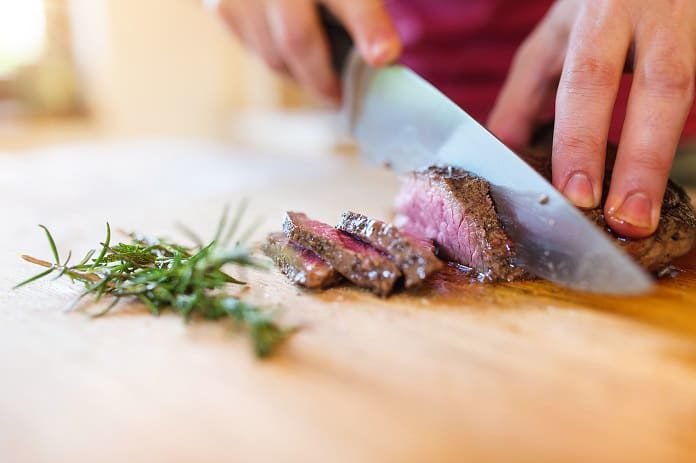 A controlled nutrition study looked at whether including lean, unprocessed red meat in a Mediterranean-style diet affects its heart-healthy benefits.

It has been several decades since researchers first noted that a Mediterranean-style diet has benefits for heart health. The diet, similar to the eating patterns in regions around the Mediterranean Sea, includes a lot of fruit and vegetables, and olive oil as the main source of fat. The Mediterranean diet is typically low in red meat.

Doctors often recommend a Mediterranean diet and reduced red-meat consumption to people at risk of heart disease. However, some research suggests that lean, unprocessed red meat can be included into healthy eating patterns to improve heart disease risk factors. Researchers in Texas set out to assess the effects of eating different amounts of lean, unprocessed red meat within a Mediterranean pattern diet on risk factors for heart disease. They recently published their results in the American Journal of Clinical Nutrition.

After a four-week “wash-out” period, during which they returned to their normal diet, they swapped over to receive the other Mediterranean diet for the remaining five weeks. Detailed menus for each diet were prepared and the carefully-controlled meals were provided to the subjects during the study periods. The researchers looked at different measures to evaluate the subjects’ heart disease risk including body weight, blood pressure, blood lipids, glucose, and insulin. These were measured at the start and end of each five-week Mediterranean diet intervention.

Body weight decreased more with the Med-Red diet than the Med-Control, although decreases were modest, the body fat percentage did not change with either diet. All blood pressure measurements improved, except during sleep, in both diet groups. Total cholesterol decreased, with greater reductions on the Med-Red diet, LDL (“bad cholesterol”) decreased with Med Red but was unchanged with Med-Control. There was a similar small HDL decrease on both diets. Other measures including triglycerides, total cholesterol/HDL ratio, glucose, and insulin did not change with either Med-Red or Med-Control diet.

The researchers concluded that overweight adults may improve many heart disease risk factors by following a Mediterranean style diet with or without reductions in red meat when the meat is lean and unprocessed. This supports evidence from previous studies which suggested that eating unprocessed red meat does not increase the risk of developing heart disease.