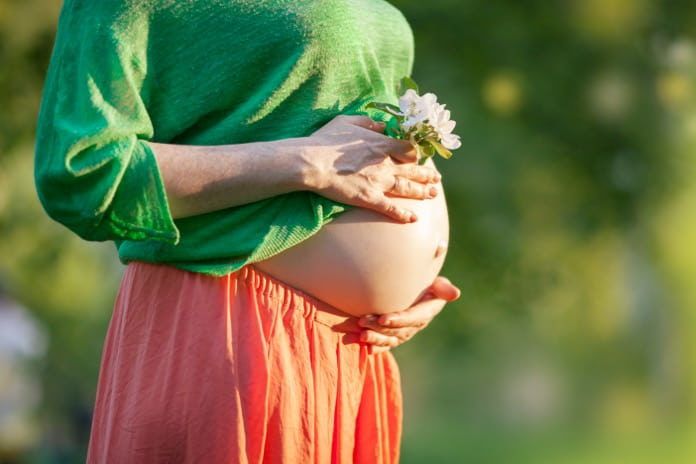 Labour pain may negatively affect the outcome of childbirth. A recent study evaluated whether non-pharmacological interventions decrease the need for pain medications during the stages of labour.

The intensity of labour pain may negatively affect the outcomes of childbirth putting both the mother and the baby at risk. To decrease the potential complications caused by labour pain, healthcare providers have commonly prescribed pain medications in combination with non-pharmacological measures. Several studies have shown benefits of exercising with a Swiss ball and the effectiveness of massages in relieving labour pain and the progression of labour.

Can an exercise ball, a massage, and a warm shower replace pain medications?

In a randomised control trial recently published in the Journal of Physiotherapy, researchers compared labour outcomes in women who were treated with non-pharmacological interventions to those who were given conventional care during labour. Unlike previous studies, Gallo and colleagues investigated what benefit these non-pharmacological interventions would have on labour pain if given in sequences during different stages of labour.

They instructed those in the intervention group to perform pelvic motion exercises while sitting on a Swiss exercise ball during the period of 4 to 5 cm of cervical dilation. The second intervention was a lumbosacral massage applied between T10 and S4 administered by a physiotherapist once participants reached 5 to 6 cm of cervical dilation. Once cervical dilation reached 7 cm the participants were instructed to take a warm shower at 37 degrees Celsius for 40 minutes. The women in both the experimental and control group were given routine assistance from the maternity ward based on recommendations of the World Health Organization. The women had access to pain medications and oxytocin as needed, however, the participants were requested to delay or avoid using pain medications that interfere with uterine contractions, if possible.

A reduction in the need for medications

The primary outcome measure was the change in intensity of labour pain after the interventions were applied to the experimental group, which was indicated on a visual analogue pain scale of 100 mm. The results of this study showed that interventions are able to decrease the severity of labour pain enough to allow women to reduce the need for pain medications. When women used the Swiss ball to do pelvic movement exercises they were able to reduce their labour pain. The addition of a low back massage, and then a warm shower also significantly reduced labour pain. The babies that were born to the women who were given the series of interventions (Swiss ball, massage, and a warm shower) had less respiratory distress, and Apgar scores at one and five minutes after birth were significantly better in the experimental group than the control group.

This study is important as it gives a good alternative to women who wish to delay or decrease the amount of pain medication taken during labour and delivery. These interventions were safe, have no adverse effects or contraindications and women who want to delay the use of pain medications may find them worthwhile. In conclusion, non-pharmacological interventions such as Swiss ball exercises, low back massage, and warm shower given for up to 40 minutes has worthwhile benefits for labour pain to women who have low-risk pregnancies.