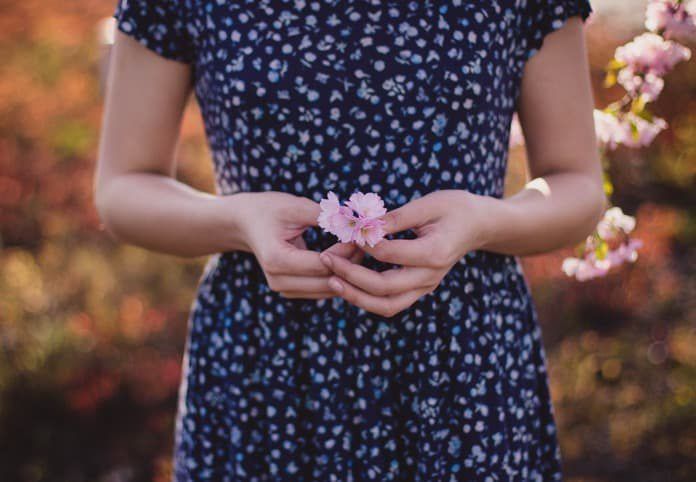 A recent study in BMC Women’s Health discusses how women feel about dysmenorrhea in an attempt to develop interventions to support the management of the condition.

Dysmenorrhea is pain during or just before menstruation often accompanied by abdominal cramping. It is believed that 16-91% of women of reproductive age experience dysmenorrhea, and it has been associated with having a negative effect on the quality of life of many women. Women who experience dysmenorrhea have a higher sensitivity to pain and they are believed to be more likely to develop other chronic pain conditions later in life such as fibromyalgia, migraines, and irritable bowel syndrome.

How is dysmenorrhea treated?

Primary dysmenorrhea is diagnosed in women who have no underlying pathology causing the symptoms, while secondary dysmenorrhea is related to other conditions such as fibroids, endometriosis, or pelvic inflammatory disease. Both types share similar symptomatic treatment options, however, to properly differentiate between the two, a pelvic examination, ultrasound, and/or diagnostic laparoscopy should be conducted.

The purpose of a recent study published in BMC Women’s Health was to explore how women in the United States feel about dysmenorrhea in order to develop personalised interventions to support proper management. Using a series of open-ended questions, researchers analysed the responses of 225 women to determine each women’s individual experience of dysmenorrhea and how it related to their lives.

Women were included as participants if they were 18 years or older, self-reported experiencing dysmenorrhea in the past six months, and were living in the United States. Most of the women who participated in the study were White/Caucasian (73.8%) and their ages ranged between 18 and 57 years. About 27.8% of the participants reported previously being diagnosed with conditions related to secondary dysmenorrhea.

The researchers identified six themes related to women’s thoughts about their dysmenorrhea:

Theme 1: Dysmenorrhea symptom experience varied among the women. Some women specified the location of their pain, which included the abdomen, vagina, lower back, legs, and head. The women indicated their symptom severity as ranging from “never bad” to “excruciating”, while some described their symptoms as “annoying” and “worrisome”. Some women reported visiting emergency rooms for medication because their pain was so severe.

Theme 2: The dysmenorrhea symptom experience varied across time. The women indicated that the type and severity of their symptoms often varied daily during their menstrual cycle. Some other women noticed variations from one menstrual cycle to the next, having symptoms in some months, but not in other months. Some women described increasing, decreasing, fluctuating, or stable symptoms related to aging, pregnancy, childbearing, and/or menopause.

Theme 3: A variety of factors influenced the dysmenorrhea symptom experience. Women indicated that “heavy periods” and menstrual irregularity worsened dysmenorrhea symptoms, as did concurrent diagnoses with conditions such as endometriosis, fibroids, and sex hormone imbalances.

Theme 6: Treatments for the women with dysmenorrhea varied in acceptability and effectiveness. Some women used over-the-counter pain medications and found them to be effective, while others believed they only helped to “take the edge off”. Some others without risk factors used oral contraceptives and found they helped to regulate their menstrual cycle and relieve their pain symptoms. Some women found relief from endometrial ablation procedures, while others favoured natural treatments such as healthy eating, exercise, eating smaller portions, and adequate water intake.

This study included several limitations. The open-ended nature of the responses prevented the researchers from clarifying participant responses. There was also a potential for recall bias in the women’s description of their dysmenorrhea symptoms.

Despite these limitations, the study does help to provide more insight into the daily experiences of women who have dysmenorrhea. The researchers have identified the needs and issues that are important from women’s own perspectives and this can be useful in order to help improve their quality of life. This study emphasizes the need to improve the assessment and diagnosis of dysmenorrhea to include pain locations such as the lower back, legs and upper thighs, vaginal area, and head.