Humira is a prescription medicine that helps reduce inflammation – how does it work?

Tumor necrosis factor (TNF) is a cytokine, a cell signalling protein that fights infections and is linked to a number of autoimmune diseases. It is produced mainly by macrophages but is also secreted by other types of immune cells in smaller quantities. Tumor necrosis factor is primarily responsible for the regulation of the immune cells in the body. It induces inflammation in response to trauma, infections, cancers or allergens in the body. It can also cause fever as well as hinder virus and tumor replication.

The immune system helps maintain normal levels of TNF in healthy persons. This is done by removing any excess TNF from the body and preventing inflammation from occurring when it is not needed. In persons with autoimmune diseases, the levels of TNF are abnormally high, triggering inflammation that can damage the healthy areas of the body.

At present, there are several treatments available to manage conditions or disorders affecting the immune system.

Humira is approved by the FDA to treat several autoimmune diseases, including rheumatoid arthritis, Crohn’s disease, ulcerative colitis, psoriatic arthritis, and juvenile idiopathic arthritis. This medication contains the active drug Adalimumab, a biologic – a type of drug manufactured from the cells of living organisms.

How does Humira work?

Humira binds to TNF and inhibits its activity. This helps reduce the inflammation and limit damage to the affected organs or tissues. It is generally prescribed either alone or with other medications to reduce the symptoms.

Rheumatoid arthritis is a chronic inflammatory disease, characterized by inflammation and pain in the joints all over the body that leads to irreversible joint damage over time.

Humira is approved to treat moderate to severe rheumatoid arthritis in adults. The drug reduces the symptoms to help limit joint damage and improve mobility.

According to several studies, there has been evidence suggesting Humira, taken in combination with methotrexate, is more effective in treating moderate to severe rheumatoid arthritis than either medication alone.

Juvenile idiopathic arthritis, is a type of chronic rheumatic disease, most commonly affecting children. This condition is generally first diagnosed in patients before age 16 years. It is further divided into seven subgroups. The subgroup is usually determined at the beginning of the disease and is assessed based on the symptoms and the number of joints affected. Symptoms of the disease include inflammation and pain in the joints as well as fever and rash.

Humira is used either alone or with other medications to treat the symptoms of moderate to severe juvenile idiopathic arthritis in children at age 2 years and older.

Psoriatic Arthritis is a disorder, associated with psoriasis, a chronic skin disorder.  Patients with this condition display symptoms such as pain and swelling in the joints as well as red patches with silvery scales on the skin.

Humira helps reduce the symptoms affecting the joints and the skin. According to clinical studies,  adalimumab reportedly improves both joint and skin symptoms in patients with psoriatic arthritis.

Humira is prescribed to patients already showing symptoms. It is generally considered as an option for individuals when other treatments have not worked. According to several studies, Humira is found to be effective in reducing the symptoms of Crohn’s disease and ulcerative colitis.

Humira is taken by injection under the skin. It is injected, using a pen or syringe, already filled with a single dose of the drug.

How long does Humira take to work?

Patients, using Humira, begin to generally feel the effects of the drug between two weeks and three months. This can vary, depending on the disease for which they are treated.

In patients with rheumatoid arthritis and psoriatic arthritis, symptoms can generally take between two weeks and three months to subside.

Patients, afflicted with Crohn’s disease, can usually start feeling relief from their symptoms at around four weeks. For those with ulcerative colitis, it can generally take about eight weeks for the symptoms to subside.

Side effects of Humira

Common side effects of Humira include headaches as well as redness, skin rash, swelling and itching at the injection-site area. Humira can potentially worsen or cause congestive heart failure.

Humira can possibly lead to weight loss due to loss of appetite or a reduction in body fat and muscle from getting infections such as tuberculosis (TB).

In some cases, patients may have an allergic reaction from taking Humira. This may be because the needle cover on the syringe is made of dry rubber. It is recommended that the patient report having any allergy to rubber or latex to their doctor before deciding to take the medication.

Image by janjf93 from Pixabay 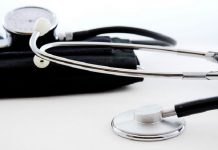 How does candesartan work? 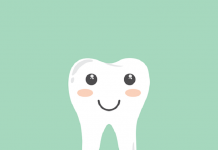 What is a pulpectomy?