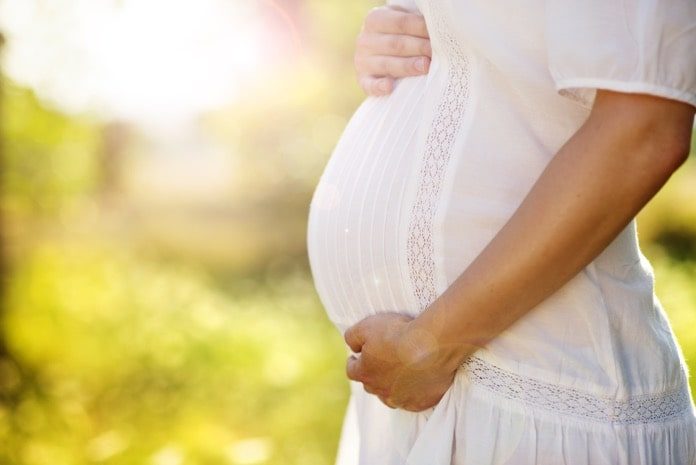 The causes of molar pregnancy, which affects up to 1 per 600 pregnancies, are not well understood. Nguyen and colleagues investigate mutations linked to these abnormal pregnancies and find potential causes of miscarriage as well.

A hydatidiform mole, or molar pregnancy, is a human pregnancy that lacks an embryo with normal development. Most commonly, this occurs when the egg displays two sets of paternal DNA and one set of maternal DNA, but complete hydatidiform moles are thought to occur when the fertilized egg is empty so that only paternal DNA from the sperm are present.

Because maternal DNA from eggs and paternal DNA from sperm do different things during embryonic development, a fertilized egg without maternal DNA will fail to develop. However, no one has ever reported finding an empty egg, suggesting that perhaps a different process is at play.

About 1 in every 600 pregnancies is of the more common form of hydatidiform mole, which does not appear to have a consistent cause. These molar pregnancies are treated with dilation and curettage (D&C), a procedure in which tissue is removed from the uterus, or chemotherapy, depending on the nature of the mole, and typically they have no long-term adverse effects on fertility. However, up to 10% of women are affected by recurrent hydatidiform moles. About 17% to 37% fail to ever give birth.

In a new paper in the American Journal of Human Genetics, Nguyen and colleagues at the McGill University Health Centre in Quebec, Canada report on a new genetic study analyzing mutations linked to recurrent hydatidiform moles. They obtained genetic samples from 65 women with recurrent molar pregnancies, miscarriages, and infertility who did not have mutations in two previously identified genes,NLRP7 or KHDC3L. These samples were then sequenced using exome sequencing, which only includes portions of DNA that code for proteins. They also screened 345 additional women with less serious phenotypes for mutations in the genes identified in the 65 original women. The effects of these mutations were then tested in mice.

In mice, the MEI1 mutation renders individuals infertile, but only when two copies of the mutation are present: males have no sperm, and females have abnormal eggs that degenerated quickly. Eggs of individuals with this mutation fail to distribute chromosomes properly during cell division. About 60% of eggs from female mice with the double MEI1 mutation were fertilized by multiple sperm or showed no evidence of maternal DNA. These eggs can reach the 2- or 4-cell stage but are unlikely to implant normally. REC114 directly interacts with MEI1.

Are pregnancy hormones affected by genetics or the environment?

A prediction tool for epileptic seizures in pregnancy