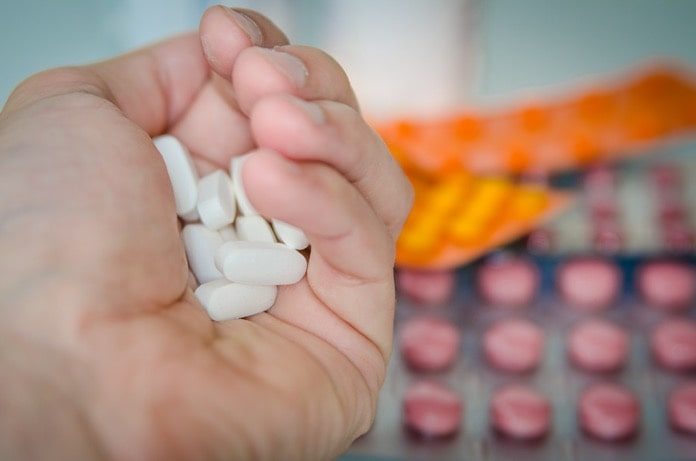 In light of the escalating opioid crisis in North America, a recent study investigated whether equipping drug users with fentanyl test strips could decrease the risk of a drug overdose.

Since the year 2000, the rate of opioid overdose fatalities has more than doubled in the United States. This upsurge in deaths has been accelerated by the contamination of illicit drug supplies with fentanyl. A potent opioid, even minute amounts of fentanyl are enough to cause an overdose, and it is often unknowingly consumed when using other opioid drugs.

Little research on the use of fentanyl test strips

Commercially prepared test strips provide a simple way to detect the presence of fentanyl in urine or in dissolved drug samples. Previous studies have examined changes in drug use behaviour when using fentanyl test strips in supervised consumption facilities. However, there is little research on their usage and effects in unsupervised settings.

A team of Canadian and American researchers recently carried out a study evaluating the effects of unsupervised fentanyl test strip usage on drug use behaviour in Rhode Island, United States, an area severely affected by the fentanyl overdose epidemic. Their study was published in the International Journal of Drug Policy.

The study recruited a total of 93 adults who self-reported using heroine, cocaine, injection drugs, or illicitly obtained prescription pills. Participants took part in two visits. The first visit included a survey on demographics and drug use behaviours and a training session on how to use the fentanyl test strips. Participants were also educated on overdose prevention and how to reverse an overdose through the administration of naloxone. They were each supplied with 10 fentanyl strips as well as a naloxone kit.

Researchers assigned the participants to a pre-consumption group who were to test their drugs prior to use or into a post-consumption group who were to test their urine after drug use. Approximately two weeks after the initial visit, patients were scheduled for a follow-up visit where they completed a second survey self-reporting their experiences using the strips as well as answering follow-up questions about their behaviours and attitudes related to drug use.

Upon follow-up, approximately 77% of participants reported using at least one test strip. Only 12% used all 10 strips and 58% gave test strips away to others. Half of the participants who used the strips reported testing positive for fentanyl. Those who tested positively engaged in risk-lowering behaviours, with 45% reducing their dose and 42% slowing down their rate of use. A minority discarded, sold, or gave away their drugs. The number of participants who engaged in risk-lowering behaviours was higher in the pre-consumption group compared to the post-consumption group.

These results, despite the limited sample size and self-reporting bias, attest to the prevalence of fentanyl contamination in Rhode Island. In addition, they suggest that the administration of fentanyl test strips may be an effective way of promoting risk-lowering behaviours in drug use. The researchers recommend that fentanyl test strip kits be distributed at community health clinics and organizations as an additional harm reduction service. Further research would be needed to determine why some participants did not use any of the test strips despite being well equipped and trained to do so.