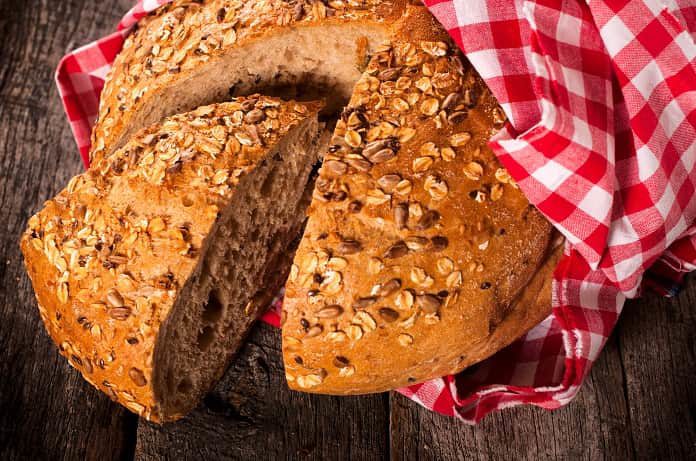 A recent US-based study assessed the association between high fiber intake after colorectal cancer diagnosis and survival of patients.

Colorectal cancer is the third leading cause of cancer death in the United States. Past studies suggest that dietary risk factors play an important role in the cause of this cancer. There is evidence to suggest that dietary fiber decreases the risk of several diseases including colorectal cancer. Several mechanisms have been proposed to explain the association of fiber intake and risk of this type of cancer cancer, including dilution of carcinogens in the colon, increased stool bulk, and reduced transit time. Additionally, gut bacteria ferment fiber into short chain fatty acids, such as butyrate that has been shown to help control the growth of cells lining the gut and has anti-inflammatory effects, thus protecting against colorectal cancer.

Even though many studies have demonstrated a protective role of dietary fiber, there is little evidence to determine the association between fiber intake and survival of patients with this type of cancer. A recent prospective cohort study tested whether high consumption of fiber after diagnosis of colorectal cancer is associated with lower mortality. The study, published in the Journal of American Medical Association Oncology, included a total of 1,575 healthcare professionals with stage l, ll and lll colorectal cancer.

The participants from two large prospective cohorts, the Nurses’ Health Study (NHS) and the Health Professionals Follow-up Study (HPFS) were evaluated for their medical history and lifestyle factors. The study was conducted from December 2016 to August 2017. Researchers collected dietary data using food frequency questionnaires at baseline and updated every four years. They evaluated fiber intake from different food components including cereals, vegetables, and fruits separately and also assessed consumption of whole grains. The study physicians confirmed a colorectal cancer diagnosis, followed up participants for a median of eight years, and identified deaths through review of National Death Index. During the follow-up period, there were a total of 773 deaths, including 174 from colorectal cancer.

Pre- and Post-Diagnosis of Fiber Intake and Patient Survival

Significance of the Dietary Source of Fiber

The study puts forward evidence to support the protective effect of high fiber intake for prevention of colorectal cancer as well as better prognosis after diagnosis. Colorectal cancer patients who increased their fiber intake after diagnosis experienced a reduced risk of mortality. The researchers found that better survival rates were associated with consumption of cereals and whole grains compared with the fiber from fruits and vegetables.

The main strengths of the study are its prospective nature, detailed collection of pre- and post-diagnostic data, and long follow up period. The study has certain limitations such as unavailability of detailed treatment data and data on recurrence of cancer, and a relatively small number of colorectal cancer-related deaths. In addition, the authors caution about the observational nature of this study and expressed the need for validation of results by future studies.

In conclusion, findings of the study suggest that a diet with high levels of fiber and whole grains after diagnosis lowers the risk of mortality in patients with non-metastatic colorectal cancer. Eating high fiber foods such as brown rice, oatmeal, wholegrain bread, and cereals can not only lower the risk of getting the cancer but also reduce the risk of death from the disease. The authors suggest that these findings may assist in making nutritional recommendations for fiber intake in colorectal cancer survivors.