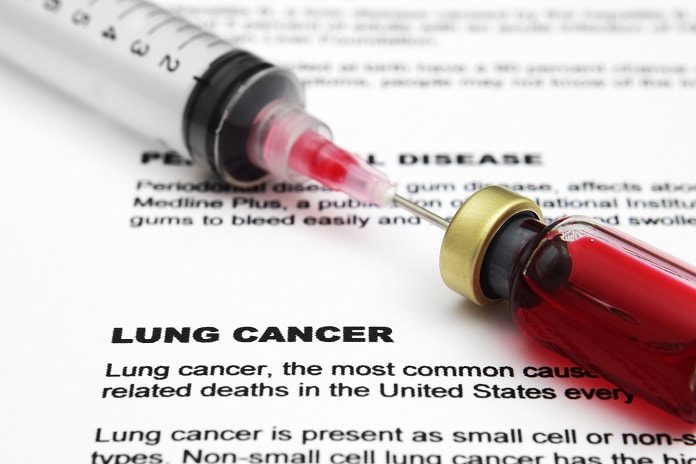 Researchers investigated the impact of high-dose radiation on the host immune system during cancer treatments.

Over four-fifths of lung cancers are non-small cell lung cancer. This type of lung cancer mainly occurs in current or former smokers. The treatment options for non-small cell lung cancer are mainly based on the stage of cancer. Radiation therapy is usually combined with surgery and chemotherapy to treat stage 3 cancers. The high-energy x-rays can help destroy rapidly dividing cancer cells. However, the impact of radiation dose to the host immune system during the cancer treatment is still unknown.

In a new paper published in the International Journal of Radiation Oncology, Biology, Physics, a group of researchers at the University of Colorado, the United States, conducted a large phase 3 clinical trial to investigate the correlation between radiation dose and survival rate in treating stage 3 non-small cell lung cancer patients.

The researchers examined data from 117 patients with stage 3 non-small cell lung cancer treated at UC Health University of Colorado Hospital between 2004 and 2017. The researchers sought to assess the impact of the estimated dose of radiation on immune cells on cancer-specific outcomes including lung and heart functions.

After a median follow-up of 16 months, the researchers found that patients who received high-dose radiation lived a median 14.3 months, while those with low-dose treatment lived median 28.2 months. The research team believed that the estimated dose of radiation to immune cells is an important predictor of tumor control and survival.

This study suggests that higher doses of radiation are linked with tumor progression and death following the treatment of stage 3 non-small cell lung cancer. Tailoring radiotherapy may be an important future direction to improve the treatment outcomes in this population.