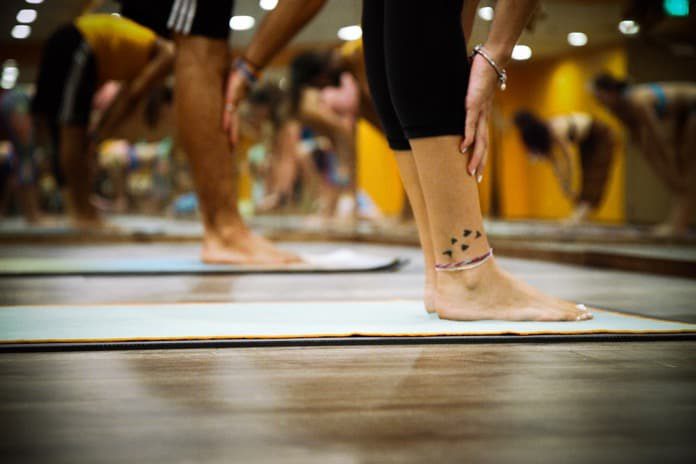 A recent randomized controlled trial looked at the effects of yoga and mindfulness-based cognitive therapy for work-related stress.

Work-related stress is common and often overwhelming. It may sometimes lead to a condition called “burnout”, or exhaustion syndrome. Burnout includes the inability to perform, as well as an overwhelming sense of exhaustion, with symptoms similar to depression and anxiety. However, burnout can be traced to specific stressors in the patients’ environment.

Work-related stressors can cost the economy enormous amounts of money through extended sick leaves, paid sick days, and an overall lack of productivity. It also puts a strain on the health system, treating an increasing amount of patients that are diagnosed with this syndrome. More importantly, the quality of life of patients suffering from work-related stress becomes significantly reduced and can lead to severe sickness. It can also affect an individual’s sense of physical function as well as their emotional state via negative and positive emotions. Work-related stress can also create sleep problems, pain, and sexual issues.

Many routes have been suggested in the treatment and prevention of the burnout syndrome, but not many studies have looked at them with high methodological validity. In the present study, published in BMC Complementary and Alternative Medicine, a team of researchers evaluated the effectiveness of several therapies on the alleviation of exhaustion symptoms.

The study divided 94 participants into three groups, consisting mainly of women from different fields of employment in the Swedish workforce. The patients were either on full- or part-time sick leave and received sickness benefits. All groups received one three-hour weekly session as well as at least four hours of homework. All treatments lasted for 20 weeks, which is comparably longer than the usual period of group therapy, especially in the studied literature.

The first group was assigned to traditional yoga treatment, which was similar in nature to Ashtanga yoga, but is a gentler variation due to the exhaustion and state of the studied population. It involved movements and poses (asanas), breathing exercises, and practicing awareness of the body, feelings, and sensations. It also involved the use of the previous tools to help process feelings and learning to be present and experiencing difficult feelings. This is especially important, as it has been noted that patients suffering from stress, depression, and anxiety practice “experiential avoidance”, altering the frequency of thoughts, feelings, bodily sensations and memories. Yoga treatment, as well as the following treatments, deals with this problem directly.

At the end of the 20 weeks, the study found a significant improvement in 10 out of the 13 criteria studied. The criteria were part of a questionnaire that was administered to patients to study their quality of life. The improved criteria involved positive and negative effects, both feeling happy and sad, less limitation due to their emotional state, sleep, general health, and cognitive function (i.e. concentration, understanding, focus, and memory).

Interestingly, there was an increase in their satisfaction with physical functioning, as well as a reduction of limitation due to physical health. However, there was no improvement in their sense of physical wellbeing. This could be explained by the fact that the individuals were relatively younger adults who were already in a good physical shape, and so an increase in this parameter is less likely to happen.

It is more likely that their perception of their own physical wellbeing will change, especially with regards to how it hinders their day-to-day functioning. It is also the case that patients exhibiting such symptoms tend to be more pessimistic about their health, which does not necessarily reflect the actual improvement. Overall, the study found yoga treatment to be effective with this population.

Mindfulness-based cognitive therapy, or MBCT, was very effective as well, showing an improvement in 7 out of the 13 criteria, as well as smaller benefits to a few other criteria which were not significant statistically.

MBCT involves learning to direct awareness towards the body as well as towards the distressing feelings, emotions, and thoughts while staying present and in a non-judgmental state of mind. It also involved distancing oneself from the thoughts and paying closer attention to the emotions, while developing the ability to look at feelings objectively, and perhaps, changing them.

The perception of pain was not changed by either of these therapies and seems to be a strange result considering that these therapies have been shown in the past to significantly reduce pain. Pain is also highly related to exhaustion syndrome, but it may be the case that it is the last symptom to disappear. Sexual functioning has been shown to improve, however, satisfaction with family life and with a partner did not. This was true for yoga treatment as well and could be a sign that sexual function is not necessarily related to satisfaction in family life.

Cognitive behavioral therapy, or CBT, was used as the control group in this experiment. It involved directly looking at the connection between thoughts, emotions, and behaviors, while trying to create a healthier outlook on life. It has been shown to improve seven of the 13 categories.

The study was limited in the size of the sample, as well as the fact that the samples were comprised mainly of women. It is, however, representative of the actual world, as most patients on sick leave are female. There was also the problem that all the studied patients were on paid sick leave, which means that those who are from a possibly lower socio-economical status who do not receive such benefits had not been represented in the study. It was also a volunteer-based study, which means that patients with a deeper exhaustion syndrome may not have participated, and it cannot be generalized for the more extreme cases of the illness.

Nonetheless, these three therapies can be used to promote health and prevent burnout due to work-related stress. They can be used as a successful adjunct therapy to patients suffering from burnout, as well as other co-morbidities such as depression and anxiety, or perhaps physical illnesses, such as obesity.

These therapies are a great option to prevent the often-recurring nature of burnout. Many burnout patients face relapse several times and adding one or more of these therapies after an active treatment may significantly reduce these rates.

There is still a need for research to evaluate how the quality of life reduces burnout in the long-term, particularly once the patients go back to work. Similarly, it would be beneficial to implement some workplace intervention and study its effect following treatment. Overall, the study shows a significant benefit to all of these therapy techniques, and that they can be used effectively to treat burnout and exhaustion syndromes.

Is a Lack of Variety in Diet Related to Depression in...

Is there a connection between prescription opioids and depression?