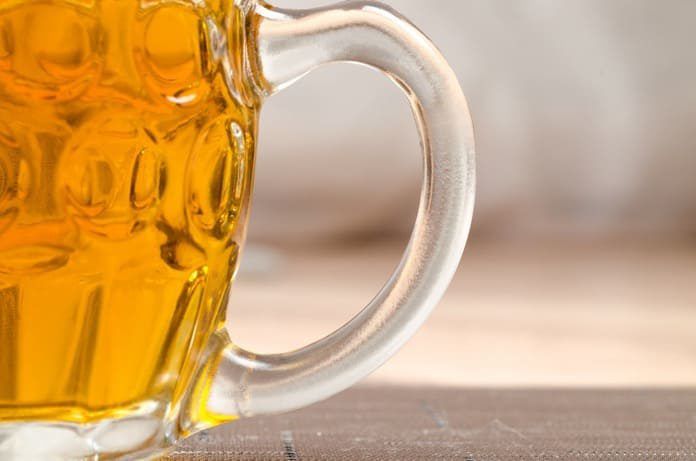 A new study investigated the effects of drinking on treatment for depressive symptoms, as assessed by psychological functioning, stress, and sleep.

Alcohol consumption can be a risky activity in patients with mental illness. Many clinicians believe that consuming alcohol could exacerbate the patient’s condition. Antidepressants, for example, are often incompatible with alcohol and the combination can be dangerous, as the effects of alcohol are thus intensified.

Unfortunately, mental illness and alcohol consumption often go hand-in-hand. Some studies have confirmed that about 20% of mental-illness patients tend to show signs of drinking problems. It is therefore of utmost importance for healthcare providers to properly assess patients for alcohol and drug use. Properly evaluating the patient’s condition may increase treatment effectivity by transferring the patient to the appropriate intervention.

The present study, conducted in Sweden, evaluated how engaging in hazardous drinking affected common mental health interventions. Particularly, the research team measured the effects of drinking as presented in a previous study. That study used an online intervention and physical exercise to treat patients with depression, anxiety, and stress-related disorders. The study administered a questionnaire over the phone, done automatically at several points in time, including follow-up, assessing the patient’s state.

To determine the patient’s drinking habits, the researchers asked three questions scored from one to four:

The researchers assessed for both hazardous consumption and binge-drinking, as seen by the last question. To qualify as a hazardous drinker, it was determined that men should be above six of a maximum twelve points, and women at above five. This is a somewhat arbitrary decision that has been deemed appropriate for the studied population. It can vary greatly between different cultures and should be understood in the proper context.

The researchers quickly discovered that there is a significant difference in the rates of depression in the hazardous drinking population. They also discovered a trend by which these patients tended to score lower on a test measuring psychological functioning, which included questions about symptoms, interpersonal problems, and social role function. There was no difference at the beginning of the study in terms of sleep and perceived stress.

Over the course of the treatment, however, there was a reduction in depressive symptoms, as well as an improvement in psychological functioning, to the point where it was no longer statistically significant. Nonetheless, the hazardous drinking group showed lower rates of improvement.

Of particular importance was the researchers’ discovery of higher perceived stress levels in patients who fell into this category. As published in BMJ Open, there was a consistent trend whereby patients with drinking problems had significantly higher perceived levels of stress even at follow-up, 12 months later. This is alarming, as stress is associated with numerous psychopathological conditions, and is often the most important factor leading to the development of a disorder.

It is a common belief that alcohol reduces the levels of stress, and alleviates psychological symptoms. In our culture, it is not uncommon to encounter a person feeling emotionally ill who will head to a bar to try and find relief at the bottom of a bottle. The results of this study show that alcohol can, in fact, make a person more depressed and significantly less healthy. It can further hinder therapy and may increase the levels of stress a person experiences.

The study faced a severe limitation. By the time of follow-up, the number of patients was reduced from 871 to about 200. The researchers employed statistical analysis techniques to account for this reduction and have noted that the attrition rates were equal for both drinkers and non-hazardous drinkers. Still, it is relevant to note, that there were 29 participants at follow-up, in the hazardous drinkers group. Nonetheless, the results do show a trend towards higher levels of perceived stress. The initial measurements, conversely, are of high validity, and the large sample size (122 patients) gives strong evidence that hazardous drinkers are worse-off before therapy starts.

The study also employed a very short survey (AUDIT-C) of alcohol use, consisting of three questions that can be administered electronically, if need be. Its effectiveness has not been studied in the mentally-ill population but has been validated in the general population. It thus gives primary care providers a very efficient tool to determine levels of hazardous alcohol consumption.

Future studies should determine the reliability of the survey tool

Further studies are required to determine the direct reliability of this tool, and of the abovementioned results. Nonetheless, this article poses a possible solution to the problem of properly and consistently assessing for alcohol use. Overall, when it comes to mental illness, alcohol consumption hinders improvement and should be addressed as soon as possible to allow for proper treatment and guidance.

Reference: Strid C, Andersson C, Öjehagen A. The influence of hazardous drinking on psychological functioning, stress and sleep during and after treatment in patients with mental health problems: a secondary analysis of a randomised controlled intervention study. BMJ Open 2018;8:e019128. doi:10.1136/bmjopen-2017-019128

Does a healthy lifestyle lead to positive mental health?

Transparency About Mental Health Services Can Be Beneficial