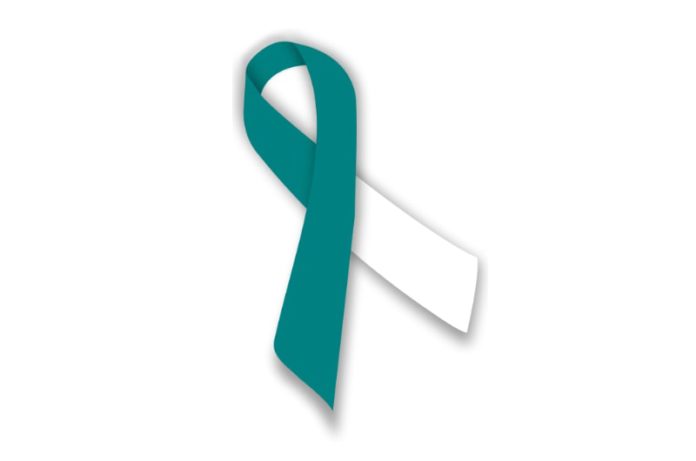 A malignant, or cancerous, tumour is one that can spread, or metastasize, to other parts of the body. Cells in the cervix may start to behave abnormally, however, to produce benign, or non-cancerous, tumours such as polyps, cysts, or fibroids. There are also some changes that cause conditions known as precancerous. This means that while the cells are not yet fully cancerous, there is a chance that they may develop into cancer if not treated. If untreated, it may take ten years or more to develop into cancer. Most women identified with precancerous conditions are successfully treated and do not ever develop cancer. Precancerous conditions are quite common and most often affect women in their 20s and 30s (3).

The most important risk factor for developing a precancerous condition of the cervix is infection with human papillomavirus (HPV). HPV is a common sexually transmitted disease with no noticeable symptoms. Women with early sexual activity or more sexual partners are at a higher risk of HPV infection, and subsequently, cervical cancer. An HPV infection may clear up on its own but may develop into a precancerous condition.

There is a vaccine to prevent HPV, which is increasingly becoming a part of the routine vaccination schedule for young men and women in developed countries. Other risk factors that increase the chance of HPV developing into pre-cancer are smoking, a weakened immune system, multiple pregnancies, or using oral contraceptives (4).

There are usually no signs or symptoms of precancerous conditions of the cervix. There may be some mild bleeding or spotting after sex. Since the symptoms are rare and subtle, routine screening is the most important tool to prevent and protect against cervical cancer.

A Pap test, which should be completed every one to three years, is usually the first indication that the cells in the cervix are abnormal.  A Pap test is a procedure that removes a small number of cells from the surface of the cervix for examination under a microscope.  This test identifies any cells that look abnormal and may indicate that cancerous conditions are forming.  An abnormal Pap test indicates that further investigation and monitoring are required.  Doctors may then want to repeat the Pap test more frequently, every six months, to monitor if the cells are continuing to change.  An HPV test, usually done in conjunction with a Pap test can indicate the level of risk.

Doctors may perform a colposcopy, which is a procedure that uses a lighted magnifying instrument to examine the vulva, vagina, and cervix. Endocervical cutterage is a procedure that uses a special tool, called a curette, to remove cells from the cervix for more detailed examination.  They may require a complete blood count (CBC) or others tests to confirm a diagnosis. Once cancer is confirmed, doctors will use other tests to stage cancer, including biopsies, CT scans, MRI, intravenous pyelograms (IVP), PET scans, or others.

Treatment plans for cervical cancer are highly individualized and will take into account your age, your stage, your general health, whether you already have children or may want to have children, and your personal preferences.  There are several different surgical options including a cone biopsy, radical trachelectomy, total or radical hysterectomy, lymph node dissection, pelvic exenteration, or ovarian transposition. Other treatment options include radiation therapy, chemoradiation, chemotherapy, or targeted therapy (6).

A prognosis for cervical cancer is highly individualized, depending on several factors such as the women’s age and general health, and the stage of the cancer. Early detection and treatment is the key to successful cancer treatment.

The effectiveness of cervical cancer treatment has been linked to a woman’s pre-diagnosis iron level. Studies have shown that treatments are less effective in women with iron deficiency and may not be improved by blood transfusion designed to increase blood iron stores (3).

Keratinizing: the cells grow into irregularly shaped masses with keratin (a tough, fibrous protein) in the middle

Verrucous carcinoma: the cells develop into a tumour that looks like a cauliflower. This rare type of cancer tends to grow slowly and not metastasize.

Endometrioid adenocarcinoma: this type of cancer is often mistaken for endometrial cancer, which develops in the inner lining of the uterus.

Clear cell carcinoma: occurs most often in the daughters of women who used a medication called diethylstilbestrol (DES) during their pregnancy. DES was prescribed to pregnant women between 1940 -1970 to prevent miscarriage and premature labour until studies demonstrated that it might lead to cancer. (7)

Prevention and Early Detection are the Key Determinants of Cervical Cancer

Cervical cancer is a dangerous, yet highly preventable type of cancer that affects young adult women. Most cervical cancers are caused by human papilloma virus and can now be prevented with the HPV vaccine. Although there are no early symptoms or warning signs, cervical cancer can be detected early during routine Pap testing and, if treated early, has a high survival rate.