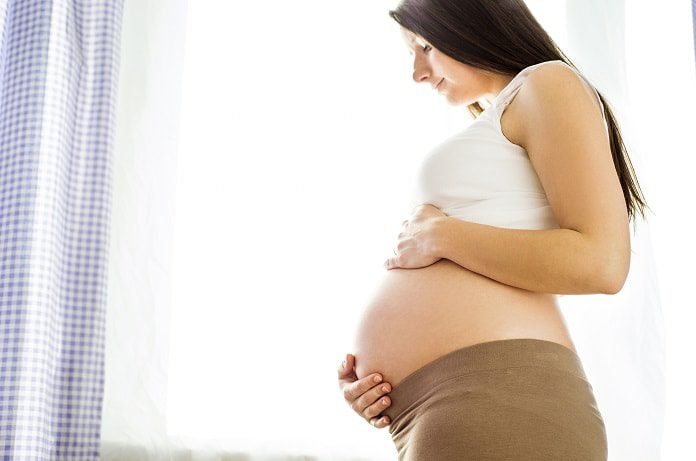 Breastfeeding is the recommended method for infant nutrition up to 6 months of age and is known to offer a number of benefits over infant formula, such as reducing the risk for respiratory and gastrointestinal tract infections, inflammatory bowel disease, celiac disease, allergies, obesity, childhood leukemia and lymphoma, diabetes, and overall infant mortality rate. Studies show that women who breastfeed lose weight faster, are less likely to suffer from postpartum depression, and over the long term less likely to suffer from ovarian and breast cancer. Statistics Canada documents show that while a majority (89%) of Canadian mothers initiate breastfeeding, only 26% exclusively breastfeed up to 6 months.

Studies show that obese or overweight women are less likely to initiate or maintain baby breastfeeding compared to women of healthy weight. It is known that obese women may suffer from physical difficulties, such as delayed onset of lactation, problems in positioning the baby for breastfeeding, and more cesarean sections, that adversely affect breastfeeding. However, the role of psychological factors, such as body image issues and an overall sense of well-being, in breastfeeding maintenance have not been examined previously.

A fascinating new study that reported its findings in the British Journal of Health Psychology last month examined 70 obese and 70 healthy weight mothers within 72 hours of birth and again after 6–8 weeks after birth to check if there was a relationship between baby breastfeeding maintenance and women’s perception of their bodies. The study also tried to determine whether socioeconomic status (judged from education levels) and post-partum psychological distress influenced breastfeeding maintenance.

The study participants were recruited between January 2011 and March 2013. Women who were greater than 18 years of age, had given birth to a single baby with a normal gestation time (>37 weeks), had breastfed at first feed, and had a basal metabolic index (BMI) of either 18.5 < 25 kg/m2 (healthy weight) or >30 kg/m2 (obese) were considered eligible for the study. The women were asked to complete a series of questionnaires at two stages: one within 72 hours of delivery and a second at 6–8 weeks postnatally. In addition to baby breastfeeding status (exclusively breastfed, mixed fed on breastmilk and formula, or exclusively formula fed), the questionnaires assessed the women’s educational status, smoking status, and mode of delivery (cesarean section versus other assisted or natural forms).

To assess how the women viewed themselves, they were asked to evaluate their own overall appearance and their satisfaction with different areas of their bodies, including their face, hair, upper body, waist, stomach, and lower body. They were also asked for their views on the importance of appearance and how they and those around them (in their view) perceived their weight. A separate questionnaire that covered depression, anxiety, and sleep disorders was used to assess for psychological distress.

To investigate the manner in which body image-related factors affected the relationship between weight and baby breastfeeding, the researchers used logistical regression techniques. The results showed that satisfaction with different body aspects weighed significantly into this relationship. Notable limitations of the study included not assessing the participants’ opinions of their body before pregnancy and the exclusion of underweight and overweight women from the study.

Overall, this study underlines the importance of increased maternal awareness and addressing psychological and emotional issues to improve breastfeeding rates.