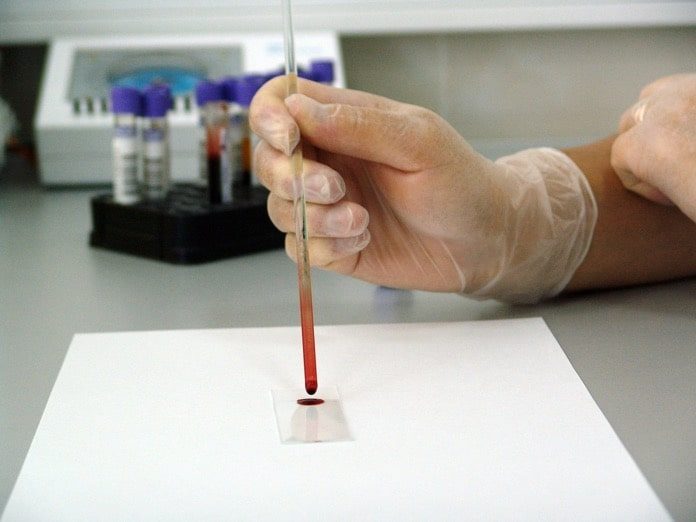 Researchers in Chicago, USA investigated whether blood can be used to identify specific problems that need to be targeted in cystic fibrosis treatment.

Cystic fibrosis is a disease that primarily affects the lungs and digestive system. People with cystic fibrosis experience breathing problems, frequent lung infections, gradual deterioration of the lungs. Some patients also experience a loss of pancreatic function. There is no cure, but available cystic fibrosis treatment options allow most patients to live to early-to-mid adulthood.

Cystic fibrosis is a genetic disease resulting from mutations in a gene called CFTR. To have cystic fibrosis, a person needs to have two mutated copies of CFTR (one from each parent). There are many different mutant versions of CFTR. Some mutations lead to moderately reduced production or function of the CFTR protein, while others lead to almost no production or function.

Recent research has focused on whether some of the additional variability in symptoms may result from differences in the levels of gene expression or the production of a gene product. Some studies have shown a relationship between whether or not a patient’s lungs are infected and expression levels of genes involved in airway immune response. However, previous research has not delved into how this relationship works or the dynamics of this relationship.

The results suggest that airway infection and resulting inflammation may lead to different patterns of gene expression in cystic fibrosis patients through the production of immune response molecules. This conclusion is supported by two major findings:

This study shows that certain gene expression patterns in white blood cells from cystic fibrosis patients may indicate a response to airway infection or predict problems with pancreatic function at an early stage. This would mean that doctors can perform regular safe, non-invasive blood tests in cystic fibrosis patients to monitor any changes in gene expression indicating early infection or pancreatic problems and intervene with treatment.

However, the authors acknowledge that there are limitations to this study, including a small number of participants for some groups. They also did not examine what components of blood plasma other than immune response molecules may affect gene expression in white blood cells. In addition, because they did not include control patients with other lung diseases, the researchers cannot be sure that changes in gene expression they observed are specific to cystic fibrosis.

Can We Record What Happens Inside Our Cells?