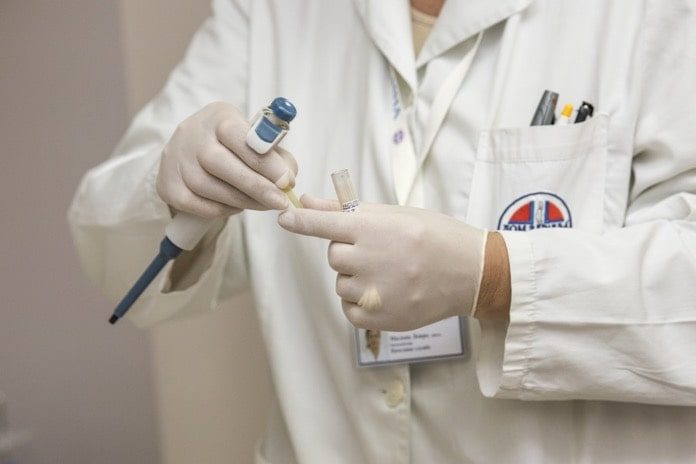 In a new study in Nature Communications, Tzelepis and colleagues report on a new gene target for leukemia treatment.

Acute myeloid leukemia is a type of cancer that affects blood cells, leading to abnormal growths that interfere with normal blood cells. It is extremely aggressive and can lead to death within a few weeks or months without treatment. Treatment typically involves chemotherapy, radiation therapy, and sometimes stem cell therapy, but this kind of cancer is only curable in about a third of individuals who are diagnosed. As a result, finding new leukemia treatment options is vital.

In a recent study published in Nature Communications, Tzelepis and an international team of researchers identified a new gene, SRPK1, linked to acute myeloid leukemia. The researchers investigated its effects on leukemia cells, and whether targeting a faulty SRPK1 could slow down disease progression. To learn the function of the SRPK1 gene and its mutations, the researchers tested the effects of SRPK1 on isolated cancer cells as well as in mice.

The researchers found that limiting SRPK1 gene expression led to changes in cell proliferation and cell death, ultimately reducing the growth of both human and mouse leukemia cells and improving survival of mice with leukemia. Importantly, inhibiting SRPK1 expression did not prevent normal blood cell formation over time and did not affect blood stem cells. Further, inhibiting SRPK1 expression had positive effects on leukemia treatment regardless of whether the leukemia was the result of genetic mutations in this gene.

These results show that the SRPK1 gene is a good target for leukemia treatment. Developing ways to block SRPK1 in humans without negative effects will lead to new, more effective treatment options for acute myeloid leukemia. These more targeted treatments may have fewer side effects than traditional chemotherapy and radiation therapy. Further, these findings could lead to the development of eye drops for neovascular eye diseases as well as other cancers and diseases where SRPK1 may play a role in modulating other genes.